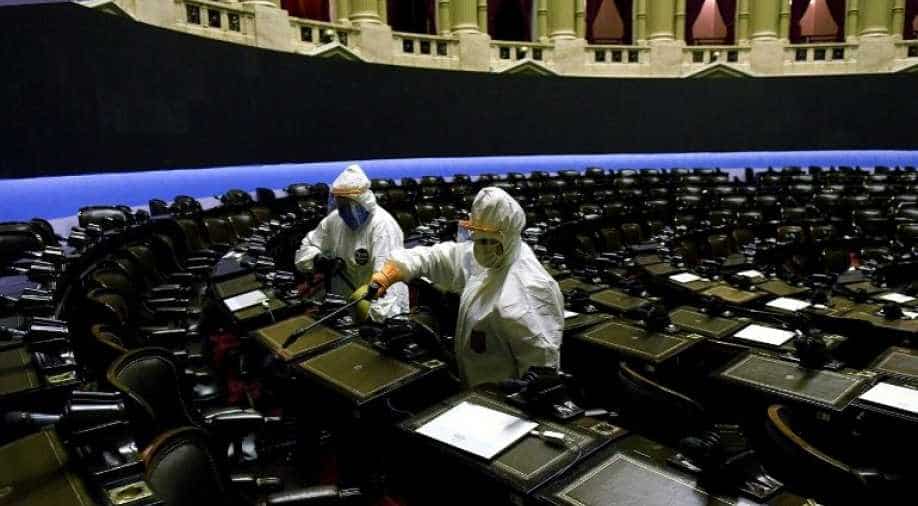 Argentina exceeded 100,000 cases of novel coronavirus infections on Sunday as it struggles to contain spiraling case rates despite a strict quarantine imposed on the capital Buenos Aires and its surroundings.

The South American country imposed a strict quarantine in mid-March to stop the pandemic. It relaxed restrictions slightly in May but then reinstated them in late June for Buenos Aires and its surroundings due to a spike in cases.

But confirmed case numbers moved into four figures daily in early June and for the past four days have hit at least 3,000 daily.

Carla Vizzotti, deputy health minister, said the lockdowns would be maintained while hospitals continued to fill up.

"What we want to do is...decrease virus transmission and buy more time for the health service to be able to respond," she said.

Mauro Grossman, an intensive care doctor at Ezeiza Hospital in Buenos Aires, told Reuters he believed the peak was approaching. "We believe this peak will plateau and not decrease for a while," he said. "That is the most dangerous thing, being at peak for a long time, that is what is going to make beds fill up much faster and the intensive care beds get quickly occupied.”

Some 12.81 million coronavirus cases have been confirmed worldwide, and 565,231 people have died, according to a Reuters count.

The United States has the highest number of cases in the world, with 3.26 million and 134,654 deaths. Other countries with high rates of infections include Brazil, India and Russia.

The coronavirus has also hit Argentina's economy hard, when it was already heading into its third year of recession at a time when it seeks to restructure $65 billion in debt.