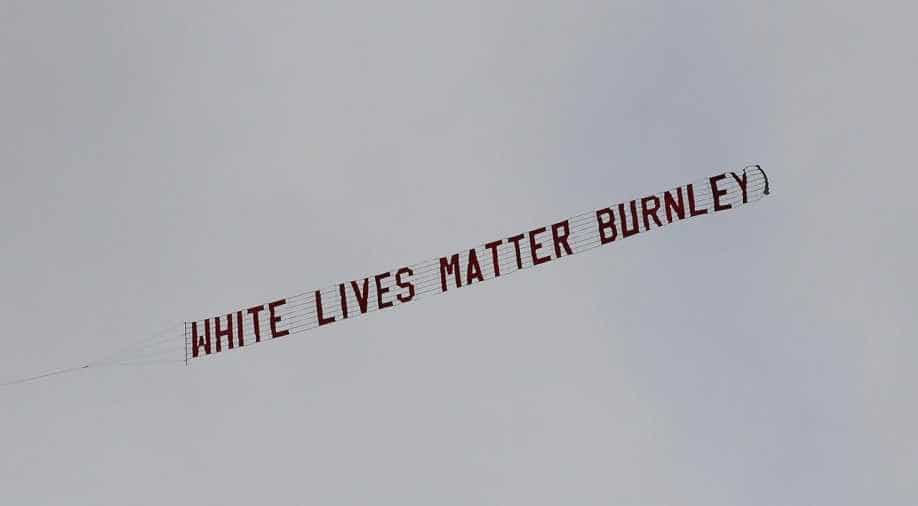 The incident caused widespread offence, occurring shortly after players and officials took a knee in support of the 'Black Lives Matter' movement.

Police were making enquiries and a local airport suspended banner-towing operations on Tuesday after a plane flew over Manchester City's stadium trailing the message 'White Lives Matter Burnley' at the start of a Premier League game on Monday.

The incident caused widespread offence, occurring shortly after players and officials took a knee in support of the 'Black Lives Matter' movement.

Stephen Smith, manager of Blackpool Airport to the north-west of Manchester, said in a statement that the airport and local council stood against racism and had been outraged by what happened.

"The message was offensive and the action reprehensible. The decision to fly the banner was taken entirely by the banner flying company without the knowledge or approval of the airport or Blackpool Council," he said.

"Blackpool Airport are investigating the banner operator in question and further action will be taken by the Board tomorrow," he added.

"Following an emergency review this morning Blackpool Airport will suspend all banner towing operations at the airport with immediate effect and we would suggest that other airports should also consider this approach."

Lancashire police said in a statement that they were making enquiries about the incident which occurred at the start of Manchester City's 5-0 win over Burnley.

"We will then be in a position to make an assessment as to whether any criminal offences have taken place," said Chief Superintendent Russ Procter.

The Premier League has joined the international movement to protest racial injustice following the death of George Floyd, a Black man, while in Minneapolis police custody last month.

All of the players in the 12 Premier League games since the restart of the season after the COVID-19 stoppage have worn 'Black Lives Matter' on their shirts in place of their names.