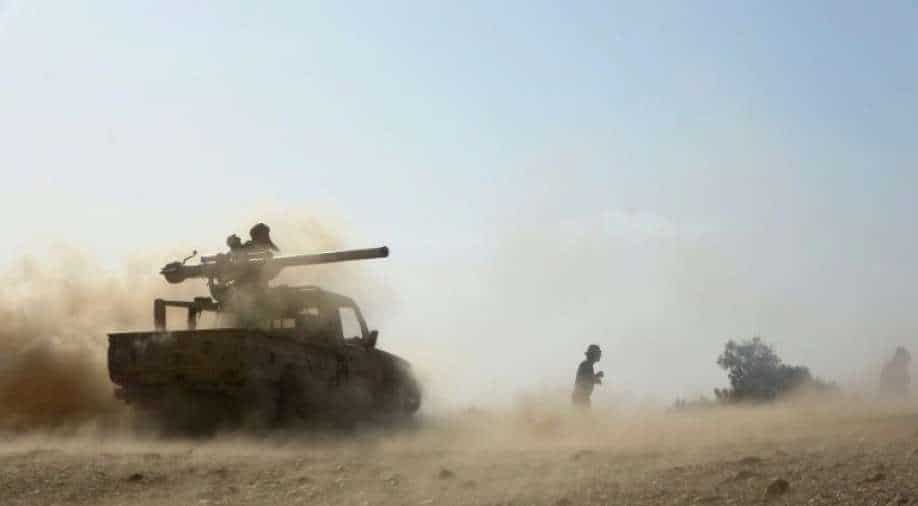 Sixty-five combatants have been killed after Yemen's Huthi rebels launched a renewed offensive on Marib, the last government stronghold in the country's oil-rich north, a military official said on Thursday.

It was the Huthis' first major offensive on Marib, the key to controlling the region, since June, when 111 fighters on both sides died in three days of clashes.

"Twenty-two pro-government (forces) were killed and 50 others were wounded, while 43 Huthi rebels were also killed in the last 48 hours," a government military official told AFP.

The figures were confirmed by other military and medical sources.

The resurgence in fighting comes after strikes on Yemen's largest airbase, in the country's south, killed at least 30 pro-government fighters on Sunday in the deadliest incident since December.

Yemen's internationally recognised government, backed by a Saudi-led military coalition, and the Huthis have been locked in war since 2014, when the insurgents seized the capital Sanaa.

In February, the Huthis escalated their efforts to take Marib in fighting that has killed hundreds on both sides. Control of the oil-rich north would strengthen the Huthis' bargaining position in peace talks.

While the UN and Washington are pushing for an end to the war, the Huthis have demanded the re-opening of Sanaa airport, closed under a Saudi blockade since 2016, before any ceasefire or negotiations.

As well as the bloody offensive in Marib, the Huthis have also stepped up drone and missile strikes on Saudi targets, including its oil facilities.

In June, the former UN envoy for Yemen, Martin Griffiths, told the Security Council that his efforts over the past three years to end the war had been "in vain".

The fighting has killed tens of thousands and left some 80 percent of Yemenis dependent on aid, in what the UN calls the world's worst humanitarian crisis.

The war has also displaced millions of people and left many on the brink of famine.