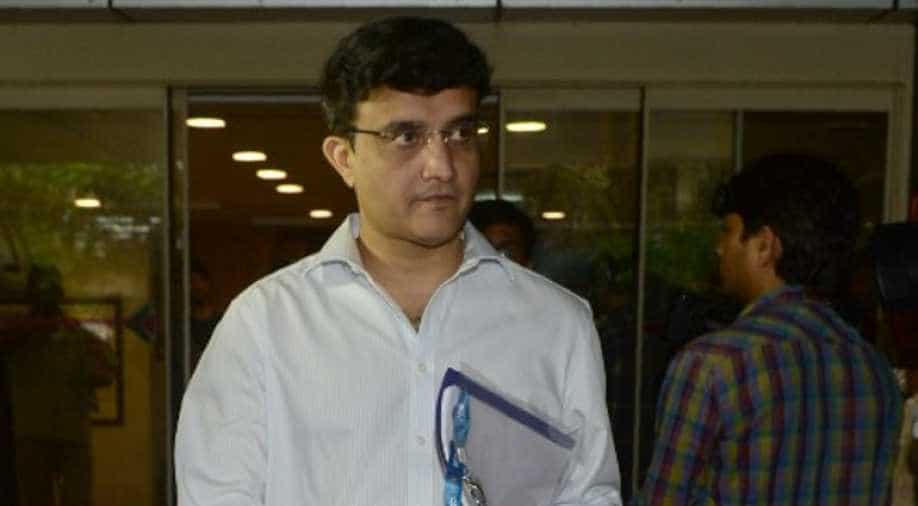 India was knocked out of the World Cup 2019 in the semi-finals after facing a defeat at the hands of New Zealand.

"India is a good team. They are playing well. Yes, I know they have not won a big tournament but they played well in the big tournaments except the semis and the finals. So, hopefully, Virat can change it around. He is a champion player," Ganguly told reporters.

India was knocked out of the World Cup 2019 in the semi-finals after facing a defeat at the hands of New Zealand.

Ganguly, who is likely to become the president of the Board of Control of Cricket in India (BCCI), said that he would focus on first-class cricket as it is the base of the Indian cricket.

"My biggest priority is first-class cricketers. We will change their lives because that is the most important thing. They are the base of Indian cricket. We only look at the top but we will have to look at the bottom and we will change it," he said.

Ganguly also said that they have a very young team and will work to the best of their ability.

"First, I think what makes me happier is that I get an opportunity when it is a tough situation, which gives me a tremendous amount of confidence and makes me feel like they have faith in me and my ability. So, that's what it is and I will work to the best of what I know," said Ganguly.

"I have got a very young team with Jay (Shah), Arun (Dhumal) and Jayesh (George). Jay and I are the most experienced. We will do it to the best of our ability. How we will do -- I do not know but there will not be any lack of efforts," added Ganguly.