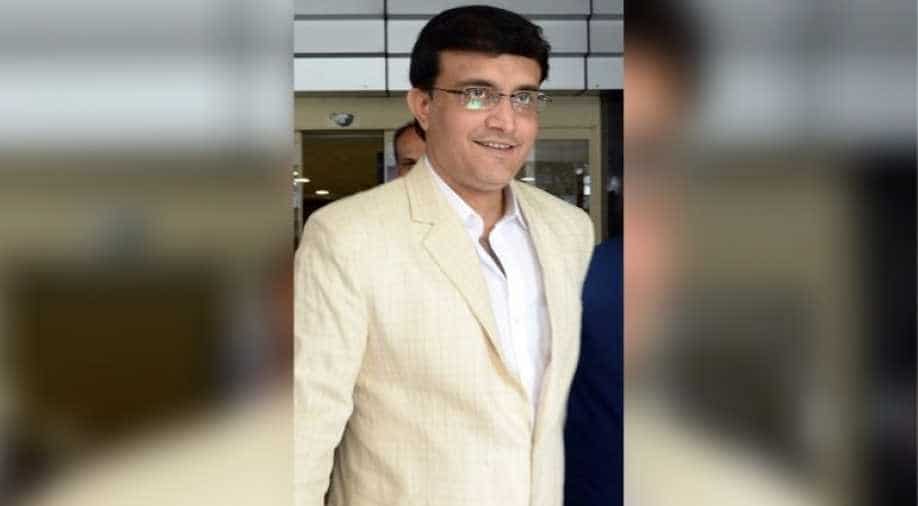 Ganguly, who is currently the president of Cricket Association of Bengal (CAB) will have to demit his post in September 2020.

Former Indian captain Sourav Ganguly is likely to become the next president of the all-powerful Board of Control for Cricket in India (BCCI).

Ganguly is expected to file his nomination later today in Mumbai. Currently, CK Khanna is the acting BCCI President.

A source from one of the Cricket Associations speaking on condition of anonymity said, "We have decided that Ganguly will be the new President."

Brijesh Patel is set to take over as IPL chairman.

October 14 is the last day to file nomination but no election is likely be held since all candidates have emerged unopposed.

The 47-year-old Ganguly, who has been one of the best left-handed opening batsmen in the world cricket, is currently the president of Cricket Association of Bengal, (CAB) will have to demit his post in September 2020.

On October 10, it was reported that the BCCI had barred eight state units out of the 38 from attending the Annual General Meeting (AGM) to be held here on October 23.

According to the sources Union home minister, Amit Shah’s son Jay Shah is likely to be the new secretary of the board.