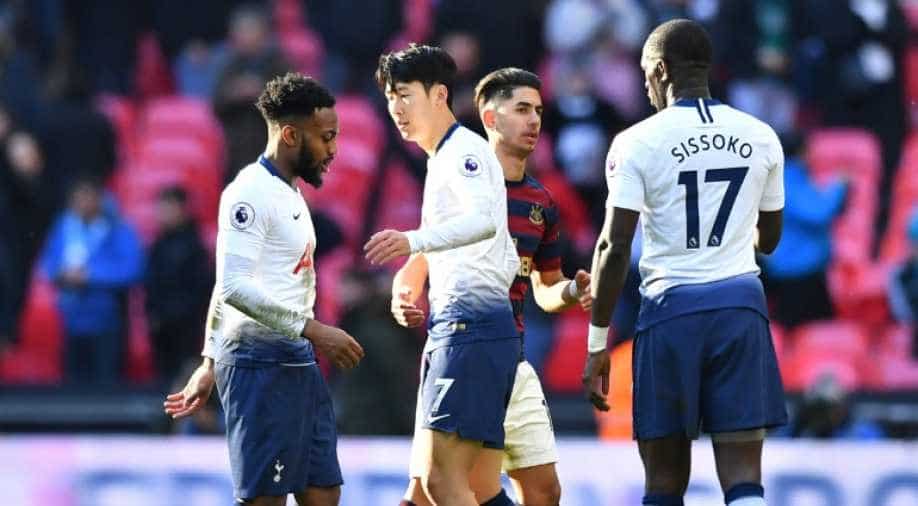 It was Son's ninth goal in his past 10 appearances for Tottenham and a cruel blow for Newcastle who looked to have done enough to earn a point before the keeper's howler.

Tottenham Hotspur's Son Heung-Min scored his second goal in four days as the London side eventually saw off battling Newcastle United 1-0 at Wembley and leapfrogged Manchester City into second place in the Premier League.

Just when it looked like Spurs might be heading for their first draw of the season, Son fired a hopeful shot from outside the area which somehow crept under goalkeeper Martin Dubravka to take them within four points of Liverpool who play on Monday.

It was Son's ninth goal in his past 10 appearances for Tottenham and a cruel blow for Newcastle who looked to have done enough to earn a point before the keeper's howler.

Spurs missed a series of chances with Lucas Moura putting a straightforward header wide from six yards, Erik Lamela heading on to the post and Christian Eriksen's flick somehow hooked off the line by Fabian Schar as Newcastle rode their luck.

But Mauricio Pochettino's side had twice grabbed late winners in their previous league games with Fulham and Watford and Son got lucky when the chance finally came his way.

Newcastle, with record signing Miguel Almiron ineligible, had their moments on the breakaway with Salomon Rondon also heading on to a post. But in the end it was a familiar outcome for the Geordies, who have not won at Wembley since 1955.

'I don't think any league can compete with the IPL': Pakistan pacer Wahab Riaz

'A true association should deeply care about the players': Lisa Sthalekar slams BCCI on Veda Krishnamurthy