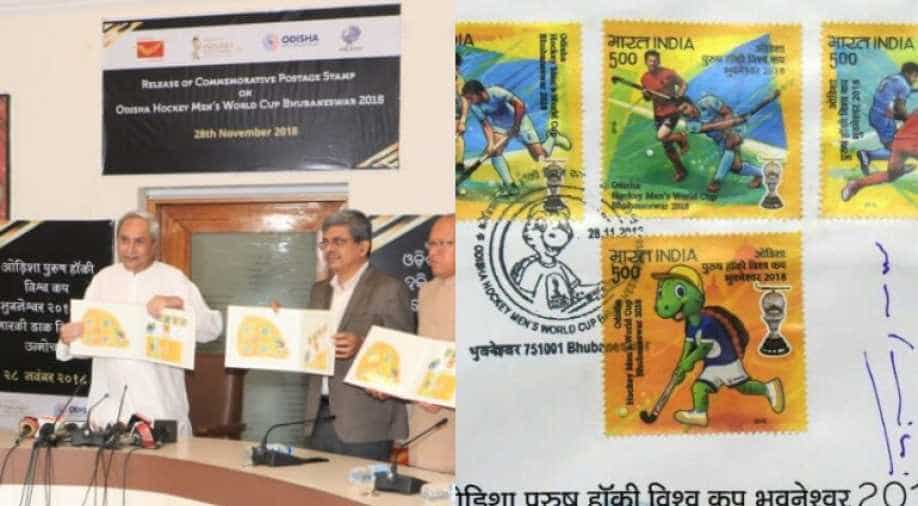 Stall has been set up at the Kalinga Stadium from where citizens can get the new stamps.

The stamps aim at commemorating the 14th edition of the Mens Hockey World Cup in the state.

"I would like to thank the Postal Department for producing beautiful stamps at the time of the Hockey World Cup," Patnaik said.

Chief Postmaster General, Odisha, Jaleswar Kahanr said a stall has been set up at the Kalinga Stadium from where citizens can get the new stamps.

He said a state-level exhibition will be held at Keonjhar from December 15 to 17 to promote the stamps.

In the World cup matches Wednesday, Belgium will take on Canada and India will play against South Africa.

The second inaugural function of Odisha Hockey Mens World Cup will be held at Barabati Stadium in Cuttack on Wednesday evening where Bollywood star Salman Khan and music maestro AR Rahman will perform.