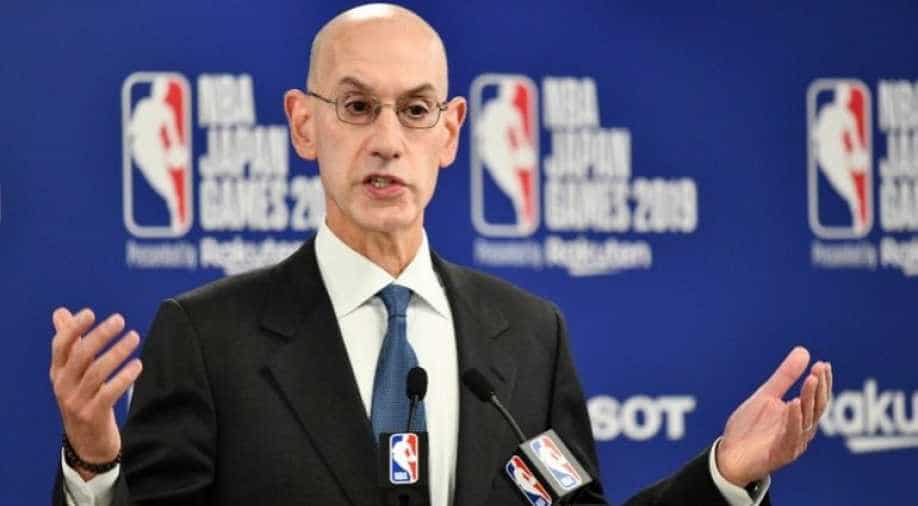 NBA commissioner Adam Silver says the league won't require players to be vaccinated against Covid-19, but if progress continues against the virus the league can play a normal schedule in "relatively full" arenas next season.

NBA commissioner Adam Silver says the league won't require players to be vaccinated against Covid-19, but if progress continues against the virus the league can play a normal schedule in "relatively full" arenas next season.

"Roughly half of our teams have fans in their arenas right now and if vaccines continue on the pace they are, and they continue to be as effective as they have been against the virus and its variants, we're hopeful that we'll have relatively full arenas next season as well," Silver said Saturday in a virtual press conference on the eve of the All-Star Game in Atlanta, Georgia.

Silver said there are no plans for any overseas exhibition or regular-season games in the upcoming campaign, but he remains confident teams will be able to play a full 82-game schedule starting next October and ending in June.

"I'm fairly optimistic, at this point, that we will be able to start on time," Silver said.

The commissioner said he believed it was a "personal decision" whether to be vaccinated "that players need to make just like everyone in our communities needs to make."

He said the league and players association were working together to provide players with information on vaccines "and also encouraging them to seek out information on their own" from personal physicians or other advisers.

Silver said that, to his knowledge, no NBA players had yet been vaccinated, although some coaches and other staff who qualified to be innoculated because of age or other reasons had been.

Even so, Silver said, the league's coronavirus protocols including mask-wearing, social distancing and rigorous contact tracing and quarantining, had allowed the season to proceed with only "a relatively small percentage of games" having to be postponed.

The coronavirus pandemic shut down the NBA in March of 2020, the league eventually cancelling 171 games before resuming in a quarantine bubble in Orlando, Florida.

After the Los Angeles Lakers captured the title in September, the new season tipped off on December 22 with each team scheduled to play 72 games.

Silver said the financial hit had been and continues to be "significant" and was being borne by both owners and players.

"Last season and this season has required a significant investment on the part of the team owners," Silver said. "They accept that. Players will end up taking a reduction in salary this season because they are partners with the league and teams on revenue.

"League executives, team executives have all taken haircuts on their salary," he said.

"But I think when we all step back, we all feel very fortunate to be working under these circumstances and my sense is the players feel the same way."

And despite his optimism, Silver sounded a cautionary note when discussing progress made in containing coronavirus.

"One thing we've all come to understand over the last year is that the virus is firmly in charge," Silver said.