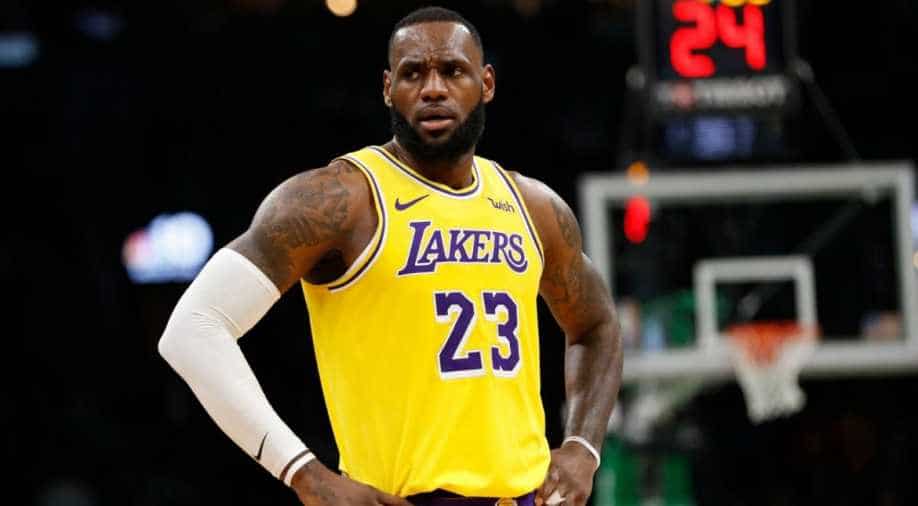 LeBron James has said he has no qualms about losing U.S. President Donald Trump as a viewer as the Los Angeles Lakers forward defended NBA players for kneeling in protest before games.

LeBron James has said he has no qualms about losing U.S. President Donald Trump as a viewer as the Los Angeles Lakers forward defended NBA players for kneeling in protest before games.

NBA teams have been protesting against racial injustice before games, with players wearing Black Lives Matter t-shirts, bowing their heads and kneeling when the U.S. national anthem is played.

Trump told Fox News that he switches off the game when he sees players kneel, describing it as “disgraceful” and “not acceptable”.

“I really don’t think the basketball community are sad about losing his viewership, him viewing the game,” James told reporters after the Lakers lost 105-86 to the Oklahoma City Thunder in Orlando, Florida on Wednesday.

“I think our game is in a beautiful position and we have fans all over the world.

“Our fans not only love the way we play the game, we try to give it back to them with our commitment to the game but also respect what else we try to bring to the game and acknowledging what’s right and what’s wrong.”

Athletes from around the world have united behind anti-racism protests sparked by the death of George Floyd, an unarmed Black man, while in police custody in Minneapolis in May, with James being one of the NBA’s leading voices for social justice.

James added that he hoped Americans “no matter the race” could see the leadership the country had at the helm and urged them to make their vote count to bring about change when the U.S. goes to the polls in the Nov. 3 presidential election.

“November is right around the corner and it’s a big moment for us as Americans,” James, who started a group with other black celebrities in June to work to prevent the suppression of the African-American vote, added.

“If we continue to talk about, ‘We want better, we want change’, we have an opportunity to do that.

“But the game will go on without his eyes on it. I can sit here and speak for all of us that love the game of basketball, we could (not) care less.”