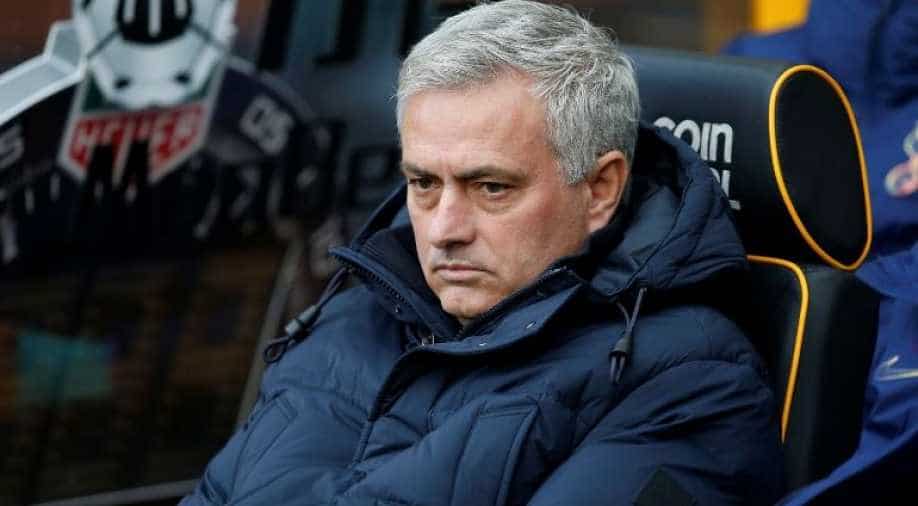 Son was dismissed in the second half of Spurs' 2-0 loss at home to their London rivals on Sunday after the Video Assistant Referee deemed he had kicked out at Chelsea's Antonio Rudiger.

Tottenham Hotspur manager Jose Mourinho said Son Heung-min had suffered enough as he confirmed the club would appeal against the red card the South Korean received against Chelsea.

Son was dismissed in the second half of Spurs' 2-0 loss at home to their London rivals on Sunday after the Video Assistant Referee (VAR) deemed he had kicked out at Chelsea's Antonio Rudiger - an incident that led to the alleged racist abuse of the Germany international.

Anthony Talor, the on-field referee, did not punish Son, but a VAR check saw the player ruled guilty of violent conduct, prompting a red card.

Mourinho was dismayed when a replay of the incident was shown in the ground and Monday saw him announce Spurs' intention to contest the decision as they appeal against a Son dismissal for the second time this season.

Meanwhile, the club is still waiting to discover from the Football Association if Son will be available for Thursday's Boxing Day's clash with Brighton.

"I hope Son is not punished five times," Mourinho said Monday. "One time was the foul that Rudiger did on him.

"So I hope to be punished twice is enough, he doesn't deserve for the third the fourth or the fifth."

The experienced Portuguese boss lamented the way in which VAR was being deployed, saying replay official Paul Tierney rather than Taylor, the referee on the pitch, had been in charge of the game.

"Mr Paul Tierney decides yes and Mr Anthony Taylor who was in the game, in real time, five metres from the situation, Mr Taylor decided no," said Mourinho, now managing his third leading English club after stints at Chelsea and Manchester United.

"So who was refereeing the game? Not Mr Taylor. It was Mr Tierney.

"The situation with Son, I think Mr Tierney made it wrong. It's the wrong call."

Dynamic winger Son, a key figure since Mourinho joined Spurs, is set to be suspended for three games if his red card is upheld.

"It would be a big loss," said Mourinho of Son, who joined Tottenham from Germany's Bayer Leverkusen four years ago. "But if that happens then we have to try to cope with it and to fight against injustice."