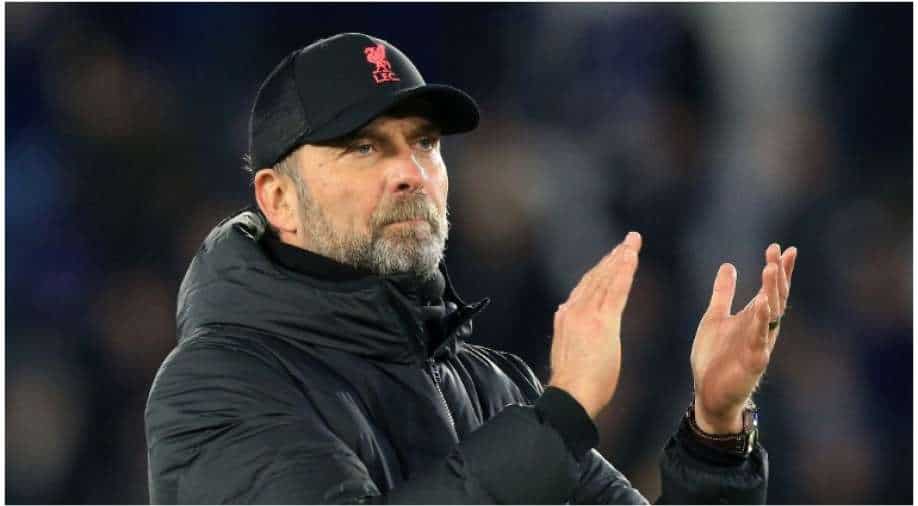 Egypt international Salah, the Premier League`s top scorer this season with 16 goals, is contracted to Liverpool until 2023 and maintains that he wants to stay at the club.

Liverpool manager Juergen Klopp said he was staying positive that Mohamed Salah would sign a new contract at the club and said contract negotiations were nothing to worry about.

Egypt international Salah, the Premier League`s top scorer this season with 16 goals, is contracted to Liverpool until 2023 and maintains that he wants to stay at the club.

Contact negotiations are in progress and in an interview with GQ magazine, the 29-year-old Salah said he was not demanding "crazy things", but added the situation was in the club`s hands.

The subject inevitably turned to Salah when Klopp spoke to reporters in his news conference ahead of Liverpool`s League Cup semi-final against Arsenal on Thursday.

Read Also | El Clasico: When and where to watch Barcelona vs Real Madrid Supercopa semi-final encounter?

"I`m very positive about it but I don`t think it makes sense that you speak on behalf of the fans because I`m pretty sure the fans are not as nervous as you are," Klopp said.

"They know the club pretty long and know the people dealing here with the different things pretty long, so I think there are enough reasons for being positive. But as long as it is not done we cannot say anything about it.

"But, good conversations -- that`s what I can say."

Former Chelsea player Salah has been a fundamental part of Liverpool`s success under Klopp, scoring 111 Premier League goals in four-and-a-half seasons at Anfield.

His interview with GQ, in which he said whether he stays or goes "is not in my hands" would have worried Liverpool`s fans who adore him and sing his name with passion.

"Nowadays it`s dangerous with these interviews. We know, I know that Mo wants to say, we want him to stay. That`s where we are. These things take time, I cannot change it," Klopp said.

"There are so many things in negotiations. It`s a third party too with the agent, it`s nothing to worry about; it`s a normal process."

The first leg of the League Cup semi-final was originally scheduled for last week at Arsenal but was postponed because of the COVID-19 situation at Liverpool which resulted in the club`s training ground being closed.

Anfield will now host the first leg and Klopp says he now has a strong squad to choose from, although Salah will be missing, as will Sadio Mane, because of African Cup of Nations duty. Full back Trent Alexander Arnold and keeper Alisson are both available after being ruled out by positive COVID-19 tests.

"All players who aren`t injured or in Africa are available," Klopp said. "Trent and Ali trained yesterday. Div (Divock Origi) and Thiago not. That`s it pretty much."