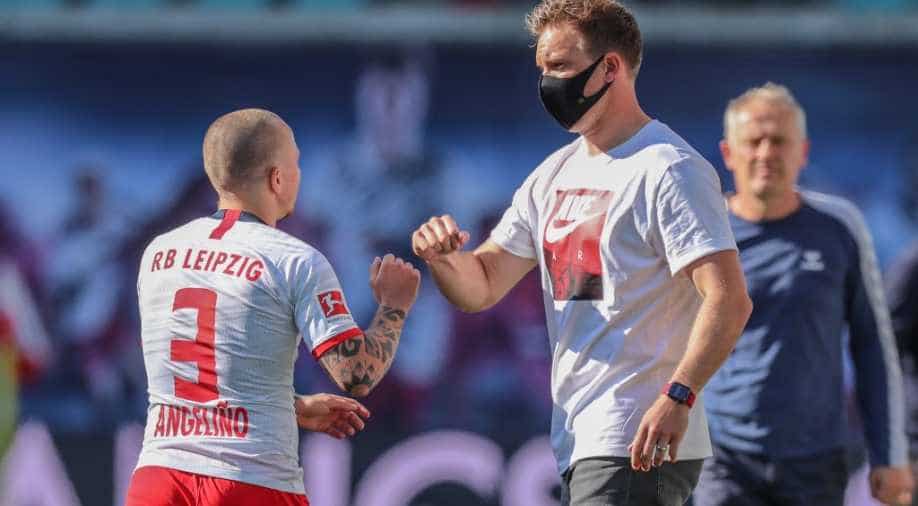 "On Monday, we requested an exemption for Liverpool's entry into the country," said Leipzig spokesman Till Mueller.

The Bundesliga club are set to host English champions Liverpool in a Champions League last-16 game on February 16, but the match has been thrown into doubt by a partial travel ban which Germany introduced last weekend.

The new rules, slated to last until the day after the game, ban travellers from countries hit by new, more contagious coronavirus variants such as Britain.

Though there are some exceptions for medical workers and others in key professions, an interior ministry spokesperson told AFP on Monday that the new rules contained "no special provision for professional sportspeople".

Yet Mueller said Leipzig were working on a solution to the problem.

"We are of course in discussions with the authorities, with Liverpool and with UEFA," he said, adding that the club had filed an exemption request with the federal police.

"We hope that we receive a quick response because a lot depends on this," he added.

According to German media reports, UEFA's regulations decree that Leipzig must find a way of hosting the match or risk forfeiting it as a 3-0 defeat.

Potential solutions include playing the game at a neutral ground outside of Germany, or switching the home and away legs of the tie.

Yet Leipzig club bosses insisted that they were optimistic that the game would go ahead as planned.

"It is not our aim to play the game in St. Petersburg or elsewhere," club director Oliver Mintzlaff told Bild.

Commercial director Florian Scholz added that the club were "working on the assumption that Liverpool can enter the country".