Kylian Mbappe continues his rise with France in Iceland rout 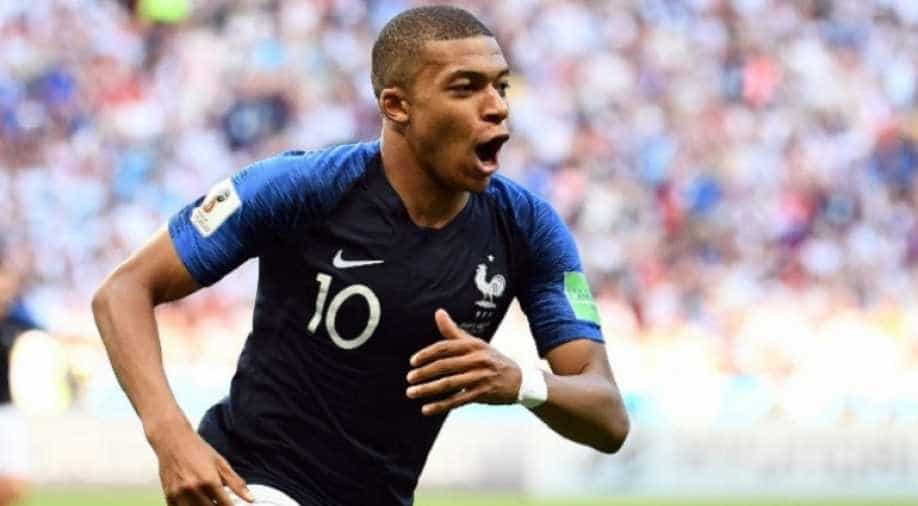 France thrashed Iceland 4-0 in a Euro 2020 qualifier on Monday.

Kylian Mbappe answered his critics with a sterling performance as France thrashed Iceland 4-0 in a Euro 2020 qualifier on Monday, showing no signs of irritation this time to continue his meteoric rise.

The striker, whose nerves had been pointed out in the 4-1 win against Moldova last Friday, kept his cool throughout to find the back of the net after the break and set up Samuel Umtiti and Antoine Griezmann for the first and fourth goals.

Coach Didier Deschamps, however, was never worried by a player who has now scored 12 and delivered seven assists in 30 games for France.

"There's no problem with Kylian. He's in the game like all the others. If you had been a football player you would understand," Deschamps said at the Stade de France.

The 20-year-old's goal in Paris on Monday meant he became the youngest player to score 12 international goals since Denmark's Harald Nielsen, then 18, in 1960.

"Mbappe? He is a great player, he proves it everyday. He is a phenomenon and sometimes, when you are one, you want to do more," said midfielder Blaise Matuidi.

"He's got character, it's a good thing. He already has a lot of maturity."

Mbappe is set to gain even more maturity as he benefits from Deschamps's full trust, having been fielded in France's last 28 games, the longest series since Patrick Vieira played 44 successive matches between 1999 and 2002.

"They are efficient. There is a complementary partnership between Antoine and Kylian, and not just when they have the ball. It's also how they occupy space when they don't have it," the coach said.