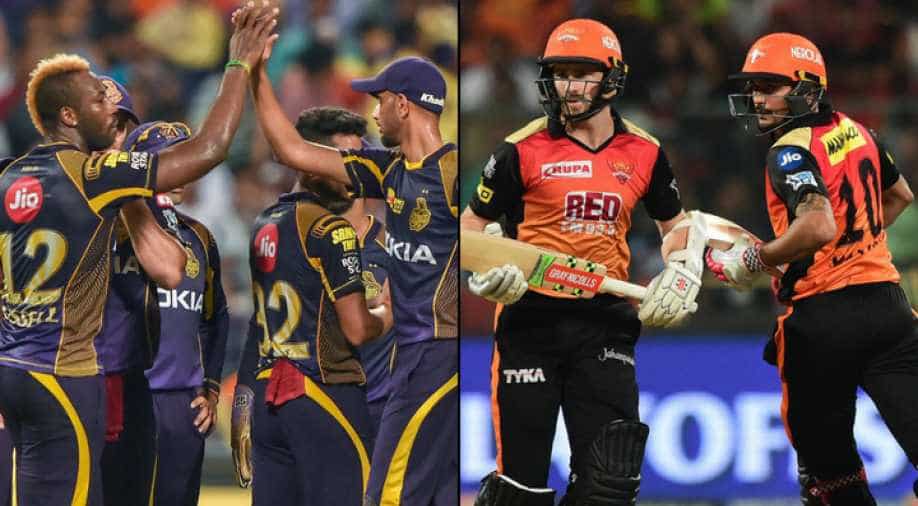 Kolkata skipper Dinesh Karthik won the toss and opted to bowl against Hyderabad in the Indian Premier League (IPL) 2018 Qualifier 2 at Eden Gardens, on Friday.

Both the teams will battle out to book a berth in the final, to be played against Mahendra Singh Dhoni's Chennai on May 27.

Speaking after the toss, Dinesh Karthik said, "We will bowl first. We would like to chase down the target. We fought hard (against RR), we showed good character, we came back hard and we finally won the game."

"It's always the case in a must-win game, two good teams are out to play today. Just one change for us, Shivam Mavi replaces Javon Searles," he added.

Hyderabad, on the other hand, have lost four matches on the trot and will be looking to return to the winning ways.

Talking about their strategy for today, skipper Kane Williamson said, Looks like a good surface, we need to put the runs on the board and defend it. We need to move on and put our best effort."

"This is not the time to be conservative, it's a must-win game for both teams and we need to put our best foot forward, he added."

"We have three changes, Hooda, Saha and Khaleel are in, Manish Pandey, Shreevats Goswami and Sandeep Sharma are out," he concluded.

Hyderabad have played very loose in the last four games. Their bowling attack which is their strength, since the first game, became a problem as they failed to swing wickets in team's favour.