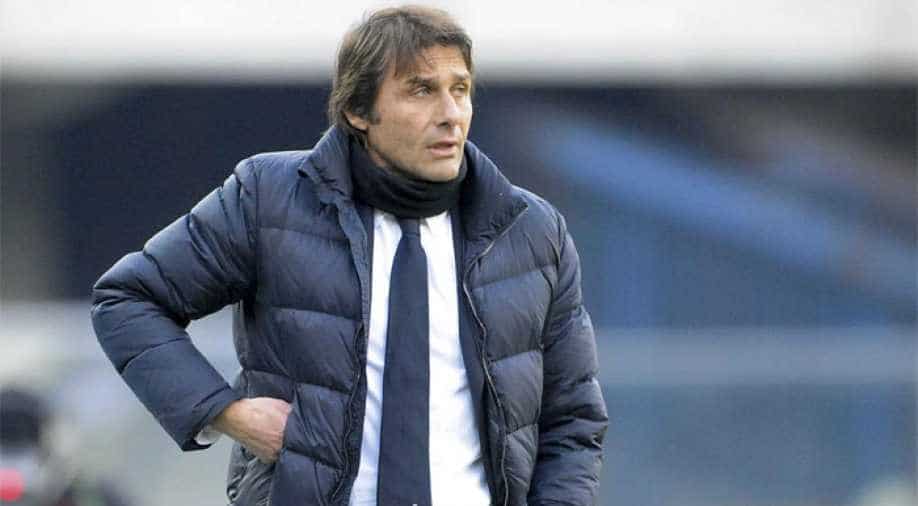 The 49-year-old has signed a three-year contract worth nine million euros ($10 million) plus bonuses, according to press reports

Inter Milan on Friday announced the appointment of former Italy manager Antonio Conte as coach with the ambition of returning to the top of world football.

The 49-year-old has signed a three-year contract worth nine million euros ($10 million) plus bonuses, according to press reports.

He replaces Luciano Spalletti who secured Chinese-owned Inter's Champions League berth for a second consecutive year on the final day of the Serie A season last Sunday.

With the 18-time Serie A champions searching for a first trophy since the Coppa Italia in 2011, Conte boasts a powerful pedigree.

He won the first three of Juventus' eight straight Serie A titles and the Premier League and FA Cup as Chelsea boss.

"A new chapter is opening in my life. I can't wait. I have chosen Inter because of the club it is, for its plans and ambition," Conte said.

Inter chairman Steve Wang added, "I am sure Antonio Conte is one of the best coaches.

"I am sure he will help us to reach our target ... to make this club one of the best in the world again," Wang said.

Conte had also been linked with a return to champions Juventus, after his successor in Turin Massimiliano Allegri was removed.

Spalletti took over at Inter in mid-2017 having previously coached Zenit Saint Petersburg and Roma.

But it proved a season of highs and lows with the club eliminated at the group stage of the Champions League in which they were drawn with Barcelona and Tottenham.

They fell in the last 16 of the Europa League.

Inter snatched fourth place, equal on points with Atalanta, but behind the side from Bergamo on head-to-head difference, to edge city rivals AC Milan by just one point in the race for elite European football.

Inter announced Spalletti's departure on Thursday with Zhang paying tribute to the 60-year-old who paid for failing to lift any silverware.

"A coach, a teacher, a friend," Zhang wrote on Instagram with a photo of himself alongside Spalletti.

Lahiri: PGA Tour restart will set the template for resumption of golf