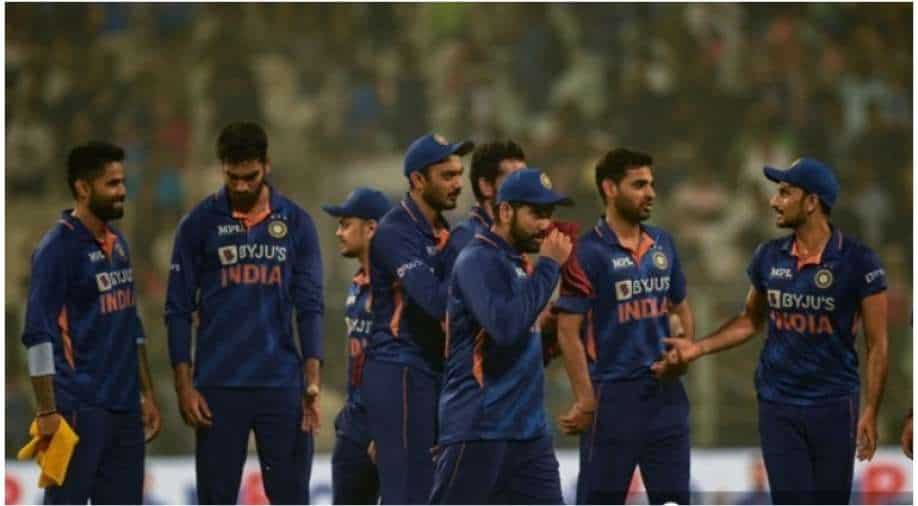 In what comes as a big respite, no new COVID-19 case has emerged on Thursday and the Rohit Sharma-led side has started training ahead of the upcoming West Indies series.

Team India is set to play three ODIs at the Narendra Modi Stadium, Ahmedabad from February 6 followed by the T20I series at the Eden Gardens, Kolkata from February 16.

Sources in the know of developments confirmed to ANI that no new COVID-19 case has emerged after Wednesday and the players barring the COVID-19 positive ones have started training.

According to BCCI, the members were asked to report in Ahmedabad on January 31, 2022, for the upcoming three-match ODI and T20I series against the West Indies.

"Every member was also asked to undergo an RT-PCR test at home before embarking on their journey to Ahmedabad and the travel was undertaken only after testing negative," BCCI said in a statement."

Meanwhile, batter Ruturaj Gaikwad`s RT-PCR test conducted on Tuesday (February 1st) has returned a positive result. He had tested negative during the first round of testing on Monday.