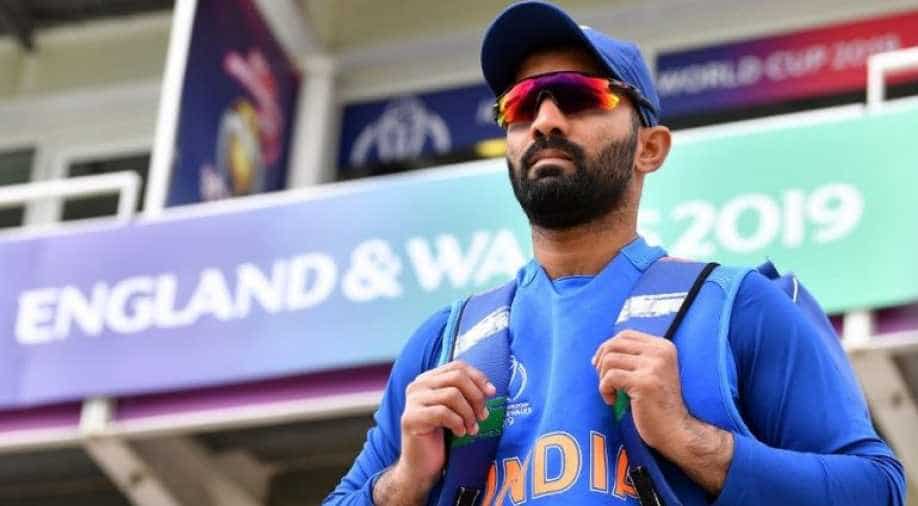 Fifteen years after making his debut in the One-Day International cricket, India's Dinesh Karthik has been named in the Playing XI for a World Cup match today. He made his debut in 2004 against England.

The 34-year-old has been named in India's Playing XI against Bangladesh at Edgbaston on Tuesday in the ongoing edition of Cricket World Cup.

Wicket-keeper batsman Karthik has replaced Kedar Jadhav, who failed to impress with his bat in the previous match against England, that India lost by 31 runs.

Karthik was part of India's 15-member squad in Cricket World Cup 2007 but didn't get a game and India was knocked out of the tournament from the group stages after losing to Bangladesh by five wickets.

India needing to win one of their remaining two group matches to guarantee a place in the last four. Next, they will play against Sri Lanka on July 6.

Our Playing XI for today's game. DK and Bhuvneshwar Kumar come in in place of Kedar and Kuldeep. pic.twitter.com/HQscpxjRSl

To retain any chance of qualifying from the 10-team group phase Bangladesh need to win both of their final fixtures, against India and Pakistan, and hope results elsewhere go in their favour.