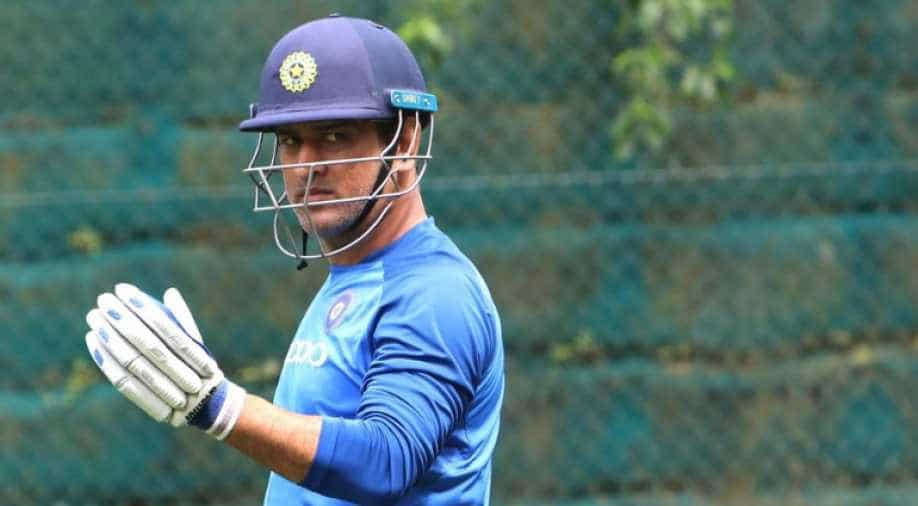 The year 2019 has seen Dhoni in extraordinary form, especially against Australia.

India's wicketkeeper-batsman MS Dhoni is the only cricketer whose popularity as the best finisher has grown by leaps and bounds.

Lately, Dhoni played a major role in India's victory against Australia in the first ODI. The hosts were able to chase down a target of 237 runs, credits to Dhoni and Kedar Jadhav's unbeaten 59 and 81-run knock.

Considering the form Dhoni is in, the Indian player needs just 33 more runs to the overall tally and join legends among a total of 5 Indians to amass 17,0000 runs across all formats in international cricket.

If able to, Dhoni would become the 6th Indian batsman to achieve this feat. The milestone would put him in the elite list of players including Sachin Tendulkar, Sourav Ganguly, Rahul Dravid, Virender Sehwag and Virat Kohli.

The year 2019 has seen Dhoni in extraordinary form, especially against Australia.

Having bagged three back-to-back half-centuries in the ODI series during India's tour Down Under, the Ranchi-born batsman bagged his fourth consecutive in the format against the Aussies in Hyderabad on Saturday.

Having accumulated a total of 301 runs so far this calendar year, the 37-year-old is currently second in the list of players with the best average in one year (minimum 300 runs).

He is also the team's third-highest scorer against Australia, having reached the 1600-run mark in the format during the first ODI.

India will lock horns with Australia in second ODI in Nagpur, later in the day.