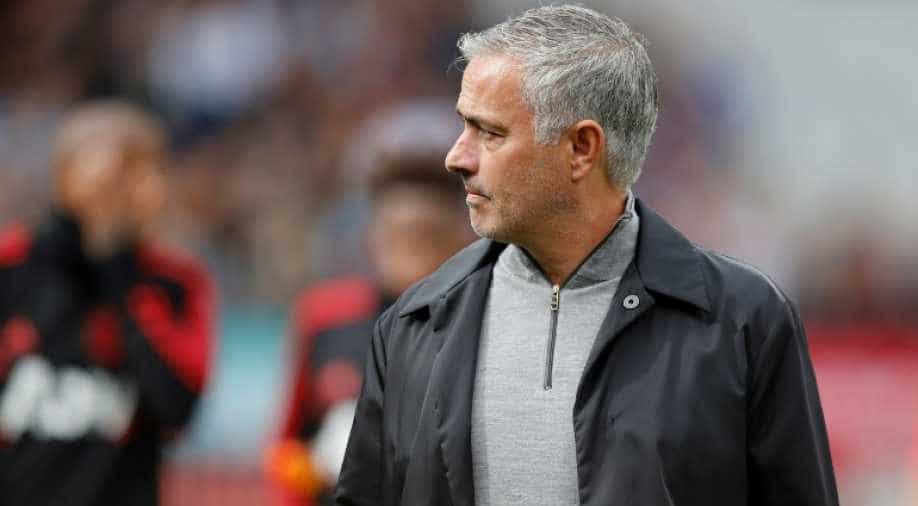 Mourinho spent around 400 million pounds while in charge at United and won the Europa League and League Cup.

Jose Mourinho's two-year stint at Manchester United was not always a happy one but the Portuguese harbors no bitterness at the club and says he is now a better manager as he prepares to return with Tottenham Hotspur on Wednesday.

Mourinho spent around 400 million pounds ($513 million) while in charge at United and won the Europa League and League Cup and they also finished runners-up in the Premier League in 2017-18.

Yet things turned sour as results declined and Mourinho was shown the door last December.

The 56-year-old former Porto, Chelsea, Inter Milan and Real Madrid manager re-surfaced two weeks ago when he took over at Tottenham in the wake of Mauricio Pochettino's sacking.

After three successive wins, he takes the Londoners to Old Trafford in buoyant mood.

Inevitably the build-up has been dominated by Mourinho's thoughts on his sacking, especially with United arguably in worse shape now under Ole Gunnar Solskjaer than when he left.

"No interest in speaking about it, I did the best I could," a relaxed Mourinho told reporters at Tottenham's plush training ground on Tuesday.

"Of course I analysed it. I met my assistants and when we analysed it, it was in a positive, constructive way. I forbid them to analyse and blame anyone else but us.

"I said don't focus on the club or the players just on what we could do better and what could we do better in the future.

"You win or you learn, you don't lose. It was good because we managed to win some nice things. But on the opposite side, I learned and I feel that I'm a better coach now than I was then.

"The important thing is after you are sacked you don't blame. You try to prepare for the future by analysing what happened in the past."

Tottenham have shown an immediate improvement under Mourinho, scoring 10 goals in three games, albeit conceding six.

They dropped below Crystal Palace into the sixth spot on Tuesday but a win at United would continue the momentum and fuel the belief that Tottenham can claw their way back into the top four.

Mourinho would rather not compare the dynamic at Tottenham with what he left behind at Old Trafford.

"I don't want to do that," he said. "I'm very happy here. I'm getting to know the players as fast as I can. They have to analyse my character and personality as a coach.

"The faster we learn the better."

Mourinho attracted criticism in Manchester for never moving into a house, choosing instead to live in a hotel. He has also used the hotel in Tottenham's training complex.

"Being unhappy is coming home on my own, having to clean, iron, I don't know how to do it. I have to cook, I would cook fried egg and sausage, it's the only thing I can do," he said.

"I lived in an amazing apartment (in the hotel). I had my TV, my books, my laptop. It was like a flat but I could ring and say 'can I have a cafe latte!', bring me dinner.'"