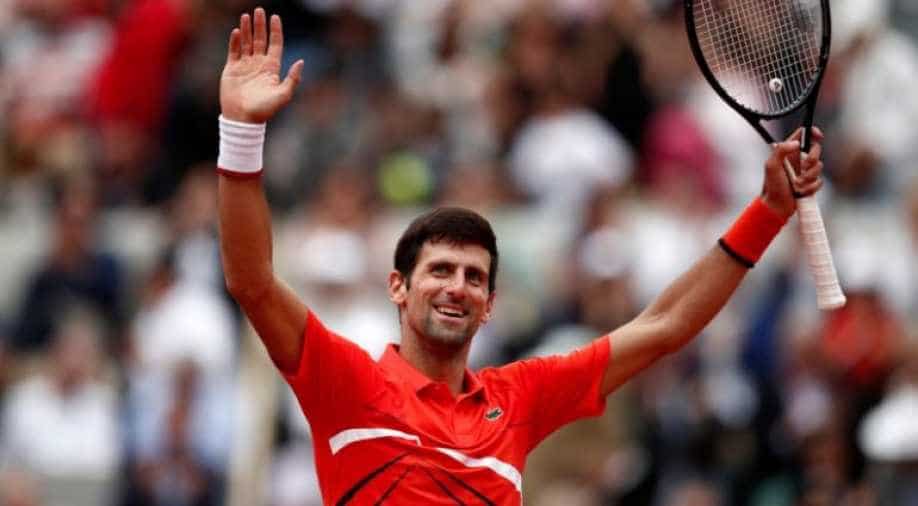 'I played as much as I need to play to win in straight sets. Didn't spend too much time on the court,' the 15-times Grand Slam champion said

Novak Djokovic's French Open has been something of a magical mystery tour so far and it will continue into round three after a convincing win over Swiss Henri Laaksonen on Thursday.

The 32-year-old world number one will face Italian qualifier Salvatore Caruso on Saturday - his third consecutive match against a player he has never previously faced.

His first round saw him ease past Poland's Hubert Hurkacz and on Thursday he got his first look at 104th-ranked Laaksonen -- swatting him aside in clinical fashion 6-1, 6-4, 6-3.

It will be another step into the unknown, so to speak, when he lines up against 147th-ranked Caruso.

"It's really interesting, the third match in a row that I get to play against someone that I have never faced before in a match," Djokovic, bidding to win a second French title and hold all four Grand Slams simultaneously for the second time, told reporters.

"But that's good because there is a shift of generations and new players coming up. Again, I'm going to have to do my homework, do analysis on him,'' Djokovic said.

"I watched him play a little bit today when I was waiting for my match. He came from qualifications. He won what, now, five matches? So there is a lot of confidence," added Djokovic.

It has certainly been a gentle start for Djokovic, as it has been for his title rivals Rafael Nadal and Roger Federer with that trio winning all 18 sets they have played so far.

Djokovic dropped only three points on serve in the opening set against Laaksonen - the lesser-known Swiss in the draw after Federer and 2015 champion Stan Wawrinka.

There was a brief loss of focus when Djokovic was broken to love midway through the second set but he was quickly back in the groove to move two sets ahead.

He then polished off the third set in 24 minutes.

"I played as much as I need to play to win in straight sets. Didn't spend too much time on the court," the 15-times Grand Slam champion said.

"So all is going in the right direction. It's still early in the tournament, you know, but I do have high ambitions for this tournament. Grand Slams are the tournaments where I want to play my best, and hopefully, get a chance to fight for the title," Djokovic added.