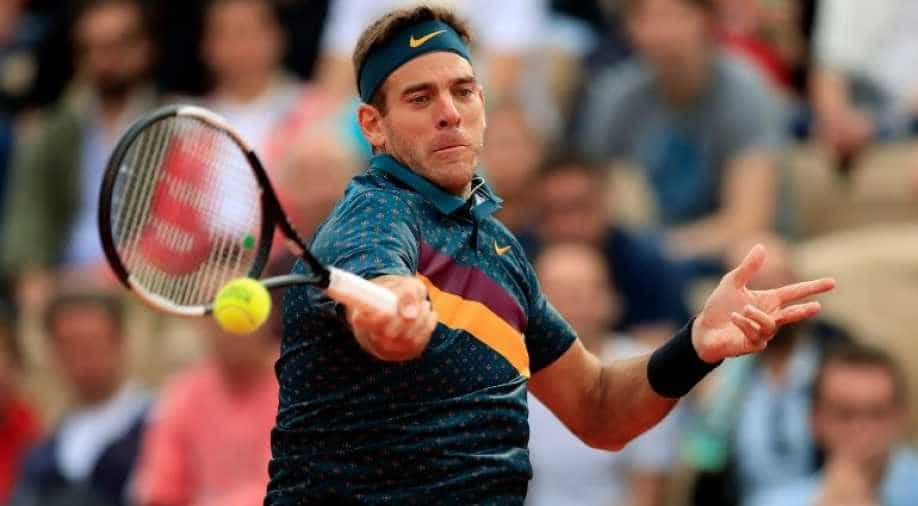 Del Potro has twice reached the semi-finals at Roland Garros, including last year, and had plenty of support in overcast conditions on Court Simonne-Mathieu

Juan Martin del Potro was pushed to the limit before eventually taming Japan's plucky Yoshihito Nishioka 5-7, 6-4, 6-2, 6-7(5), 6-2 to reach the French Open third round on Thursday.

Joy was etched all over the face of the Argentine when he put away a forehand winner to finally eclipse his opponent after an absorbing match lasting three hours and 46 minutes.

The eighth-seeded Del Potro has twice reached the semi-finals at Roland Garros, including last year, and had plenty of support in overcast conditions on Court Simonne-Mathieu.

However, he found it hard to get going in a first set that saw both players struggle on serve before the 72nd-ranked Nishioka edged ahead and held to open his account.

The 2009 U.S. Open champion Del Potro, more at home on hard courts than clay, settled down in the second though and levelled the match with a forehand winner courtesy of a net cord.

The 30-year-old matched his two breaks in that set with two more in the third to get on top in the match, but Nishioka, 23, won the fourth set tiebreak on his second set point.

That setback spurred Del Potro into action and, having beaten his Japanese opponent in their only other meeting, at Delray Beach in February, he was not about to let this one slide.

The world number nine raced into a 5-2 lead and, although clouds enveloped the court, the outlook was bright for Del Potro as he wrapped up the win before punching the air in delight.

He next faces Australian Jordan Thompson, who beat 40-year-old Croat Ivo Karlovic -- the oldest man to win a match at the French Open for 46 years when he made the second round on Wednesday.