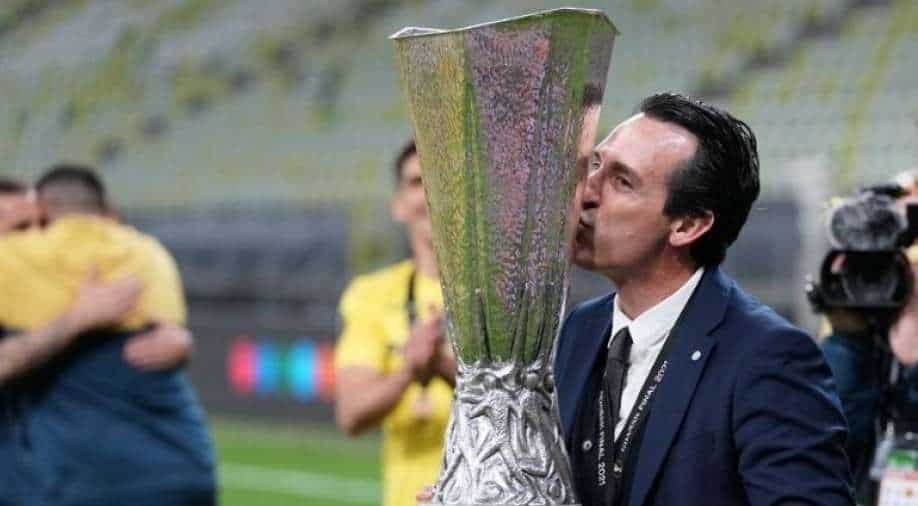 "It feels really good. It's been a very tough competition," Frenchman Coquelin told BT Sport. "What an end."

Villarreal finished seventh in La Liga, but the win over United sees them jump from next season's inaugural Europa Conference League into the Champions League group stage.

"We didn't manage to get to the Champions League through the league SO to get through with our first title is amazing," added former Arsenal midfielder Coquelin.

"Obviously to beat them in the final was something special.

"We will try to celebrate (despite Covid) because it's something special for the club."

Villarreal's only previous silverware had been the Spanish third division in 1970 and two Intertoto Cups in 2003 and 2004.

"We had a great match against one of the best teams in the world," left-back Alfonso Pedraza told RMC Sport.

"We suffered, we did not have many chances, and then it was the lottery of penalties. A title for the supporters who are here, who helped us, we obviously dedicate it to all our supporters. It's been a huge job this season.

"We knew that we would enter the Champions League if we won, it's a double boost! It's a reward for this whole group, the supporters... anything is possible."

For Villarreal boss Unai Emery, it was a record fourth UEFA Cup/Europa League triumph as coach.

"This season, we have not worked on penalties in training but the players have been fabulous," he said.

"It's amazing and wonderful that everyone has scored. It is a source of pride for Villarreal, the president, the project.

"The secret is work. The players showed a great mentality throughout the competition and in the final."