Football god Zlatan more in demand now than 10 years ago 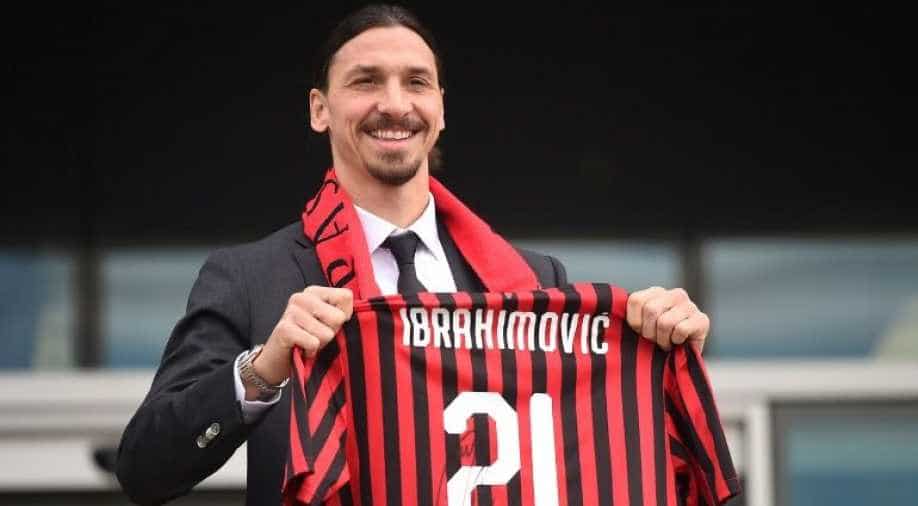 Zlatan Ibrahimovic holds up his AC Milan shirt after signing for AC Milan. Photograph:(Reuters)
Follow Us

Milan's next match is at home to Sampdoria in Serie A on Monday although there was no mention of whether Ibrahimovic, who has not played since October, would make his debut that quickly.

Zlatan Ibrahimovic is more in demand at the age of 38 than he was 10 years ago and is adapting his game as he gets older, the Swedish forward said as he was officially presented by AC Milan on Friday.

Ibrahimovic has rejoined the club he left seven years ago for a six-month stint, with an option to extend his stay, but there are questions over how much impact he can have on the fallen giants who are languishing in 11th position in the Serie A.

In their last match, Milan produced a pitiful display as they were thumped 5-0 at Atalanta, their joint-heaviest Serie A defeat.

Ibrahimovic helped AC Milan win their last major trophy, the Serie A title in 2010-11, before leaving to join Paris St Germain the following year in a move that he said on Friday was against his will.

He has been a free agent since leaving Los Angeles Galaxy in November.

"At 38, I have received more offers than at 28," he told reporters. "The last time I left AC Milan, it was without my approval but the situation was what it was... the important thing is that I am here now."

He said he still had passion for football but had learned to adapt with age.

"Each year is different, physically you change with every year that goes by," he added. "But experience teaches you to do things differently, if you're an intelligent player you know what you can and cannot do... instead of running, I can shoot from long distance."

He promised he would not go easy on his younger teammates.

"I'm meaner than before," he said. "They know what I am like, how I train and play each match.

"You have to work hard. You have to know how to suffer, otherwise you don't reach your maximum potential. Not everyone likes to suffer but I do... and I expect a lot from my team mates."

Milan's next match is at home to Sampdoria in Serie A on Monday although there was no mention of whether Ibrahimovic, who has not played since October, would make his debut that quickly.