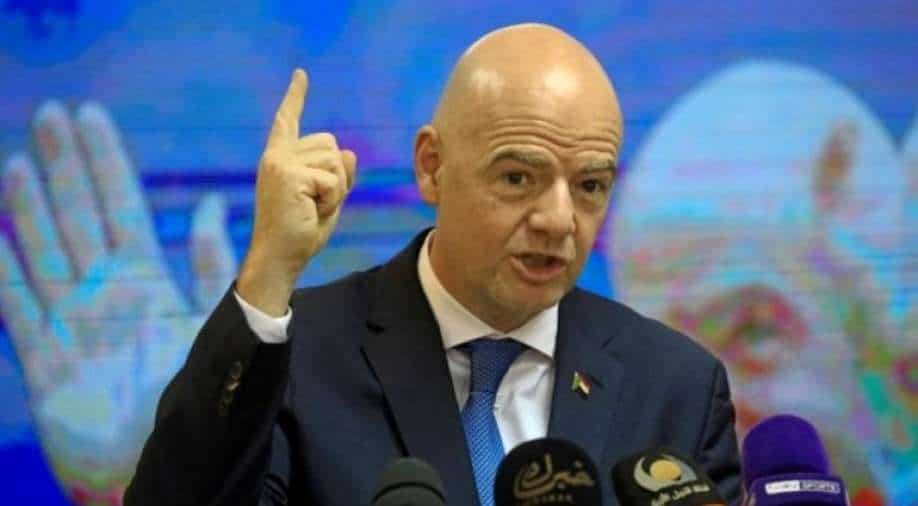 African countries on Friday unanimously voted for a resolution backing to change the hosting of the World Cup to every two years.

FIFA president Gianni Infantino accused those opposed to altering the frequency of the World Cup to every two years of being scared of change and wanting to keep their elevated status in the game as Africa on Friday backed the plans.

In a veiled dig at confederations in Europe and South America, who have come out against the plan to change the current four-year-cycle, Infantino said they did not want things to change because they were at the top of the sport.

He was speaking at the Confederation of African Football congress in Cairo, where African countries on Friday unanimously voted for a resolution backing his plan to change the hosting of the World Cup to every two years.

"And they are afraid maybe that if something changes, their leadership position is at risk."

"We understand that and we compliment and applaud them for having been so successful in reaching the top. This is fantastic, and they are an example for everyone."

"But at the same time, we cannot close the door, we need to keep the door open, we need to give hope and opportunities,” he added.

"Infantino insisted increasing the frequency of the hosting of FIFA’s flagship event would offer more opportunities to countries outside of the top tier of the world game."

IN PICS: One year without Diego Maradona: World remembers one of football's greatest

"We need to offer more chances for world football, for African football to shine at the world stage."

Infantino said he would continue to consult opinion on his proposal but gave no timeline for its possible implementation.

UEFA has said a new schedule would have an adverse impact on the balance between local, domestic, continental, and international competitions.

CONMEBOL, the South American body, said the project "turns its back on almost 100 years of world football tradition".
The World Cup will increase its number of finalists from 32 to 48 at the 2026 edition, which is being co-hosted by Canada, Mexico and the U.S.