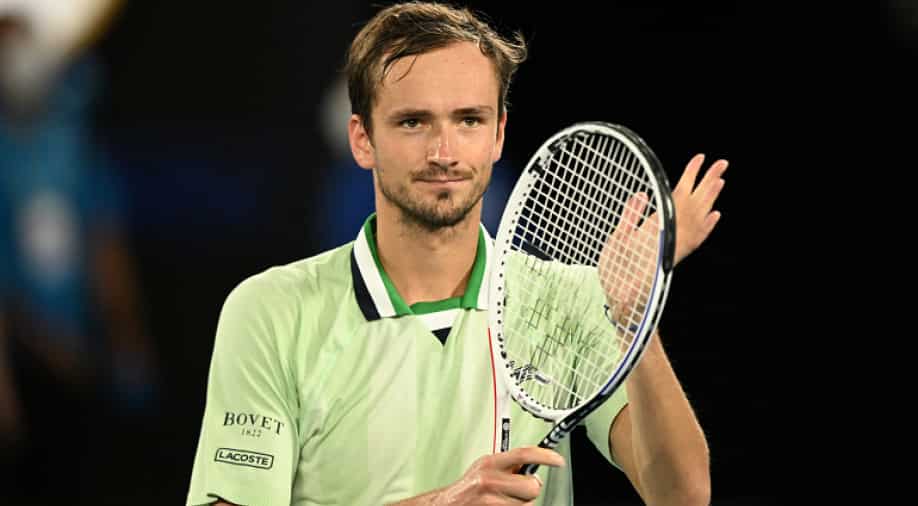 The world number two Daniil Medvedev on Friday quipped that Novak Djokovic will be watching Sunday`s Australian Open final as the Russian takes on Rafael Nadal in the summit clash.

The 20-time Grand Slam champion Spaniard is now one match away from becoming the greatest major champion in history after defeating Matteo Berrettini in the first men`s semi-final of AO 2022.

In the other semi-final at Rod Laver Arena, the second seed Medvedev demonstrated a mixture of quality and grit under the lights on Rod Laver Arena, overcoming fourth seed Stefanos Tsitsipas 7-6(5), 4-6, 6-4, 6-1 in a high-quality match to set up a final showdown against Nadal.

Medvedev showed various emotions during his semi-final victory, talking about that he said: "To be honest, I don`t think the emotions helped me to win this match. Many times in the past I have lost a match because of this. I lost too much energy. As soon as I did it, it was a big mistake. I lost some energy and I had to refocus. I tried my best and I am glad it worked."

About his semi-final match, the Russian said: "Some matches are very even. I missed some balls at a few moments where I could have got a break and he missed a few at the start of the third set. Then from 5-4 in the third [set] I just found some momentum and started to read his serve and put every ball in. I hit some very important passing shots and his energy went down because of this and my energy went up."

"Grand Slam finals are special and I can remember the final against Rafa at the [2019] US Open. It was my first final and we played for about five hours. We have played a few matches since then and I am ready," the world number two added.