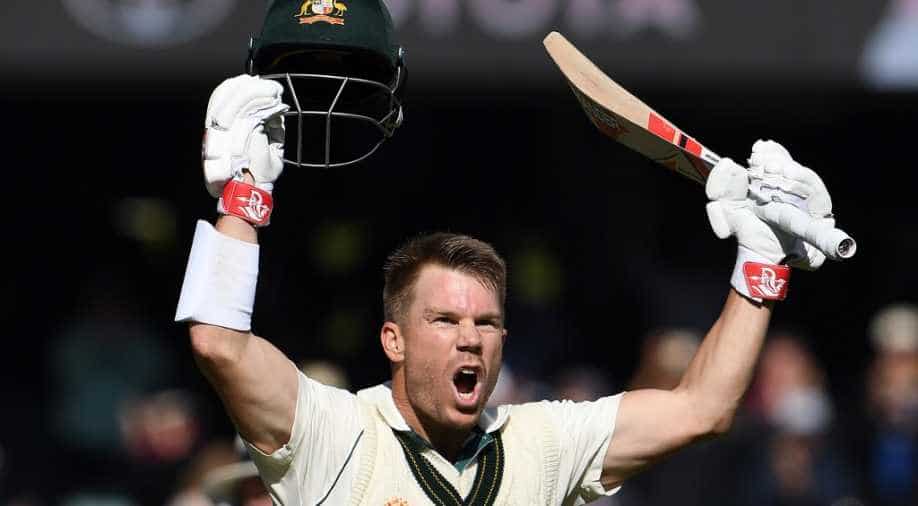 David Warner brought up the mark with a boundary off Mohammad Abbas, smashing 37 fours in the near-faultless 389-ball innings.

Australia opener David Warner hit a rare triple century during the second Test against Pakistan in Adelaide on Saturday, joining an elite group of players to reach the milestone.

The 33-year-old brought up the mark with a boundary off Mohammad Abbas, smashing 37 fours in the near-faultless 389-ball innings. He has been at the crease for nearly nine hours.

His only stroke of luck came on 226 when he was caught in the gully, only for the umpire to call Muhammad Musa's delivery a no-ball.

Warner is the first player since India's Karun Nair made 303 not out in 2016 against England to reach the magical mark and he joins an elite club, including Azhar Ali who is captaining Pakistan in the current series.

The West Indies Brian Lara's 400 not out against England at St John's in 2004 remains the highest Test score of all time.

The opener's heroics in Adelaide followed his 154 in the first Test at Brisbane last week -- his first Test century since a year-long ban for ball-tampering.

It has been a big turnaround for the former Australian vice-captain, who managed just 95 runs in 10 innings during this year's Ashes series in England.

Exclusive: Shubhankar Sharma reflects on life in lockdown, scheduling of golf tournaments and much more