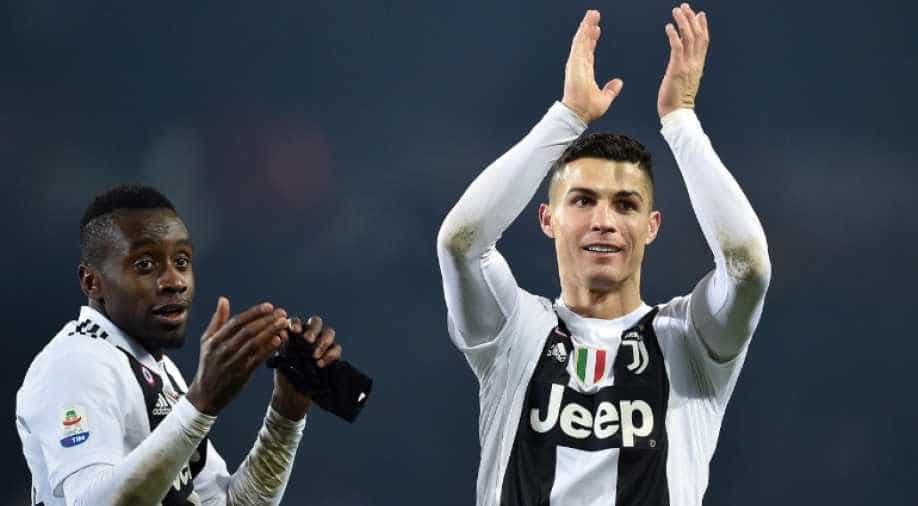 Juventus won an intense derby, against a Torino that is in sixth place and fought with commitment, achieving some good opportunities to take the lead.

Portugal's Cristiano Ronaldo on Saturday scored the decider in the Turin derby at Torino (0-1), with a penalty at 20 minutes to go to, strengthening Juventus' lead in the Italian Serie A.

Cristiano unlocked a difficult encounter for Juventus and scored his eleventh league goal of the season, allowing him to equal Poland's Krzysztof Piatek, the Genoa striker, who was in command of the top scorers' standings.

Juventus won an intense derby, against a Torino that is in sixth place and fought with commitment, achieving some good opportunities to take the lead.

After a first half marked by a very physical game, Torino came out aggressive in the second half and approached the goal of Juventus with a header by Armando Izzo and a shot by Andrea Belotti from outside the area that touched the crossbar.

However, the rearguard of the reigning champion endured and the team of coach Massimiliano Allegri knew how to take advantage in the 70th minute, after a defensive error of Torino to get the maximum from a penalty, which decided the match.

Juventus Croatian forward Mario Mandzukic was knocked down in the area by Torino Uruguayan goalie Salvador Ichazo, which led to the penalty.

Ichazo guessed the direction of Cristiano's shot and managed to touch the ball, but couldn't stop it ending in the net. Ronaldo scored his eleventh personal goal of the year and the 5,000th in the history of Juventus in Serie A.

A minute after taking the lead, Allegri's side also savoured the idea of widening the gap, but the referee ruled out a goal from Mandzukic with a previous touch from Cristiano, who was offside.

Juventus were able to defend their lead until the end and now add up to their fifteenth win in 16 matches, something never achieved in Serie A history.

Juventus is now 11 points clear of second-placed Napoli, who will play at Cagliari on Sunday.

Hours earlier, Inter Milan defeated Udinese 1-0 with a decisive goal scored in the 75th minute by Argentina's Mauro Icardi, who converted a penalty to secure third place for the Milan side.