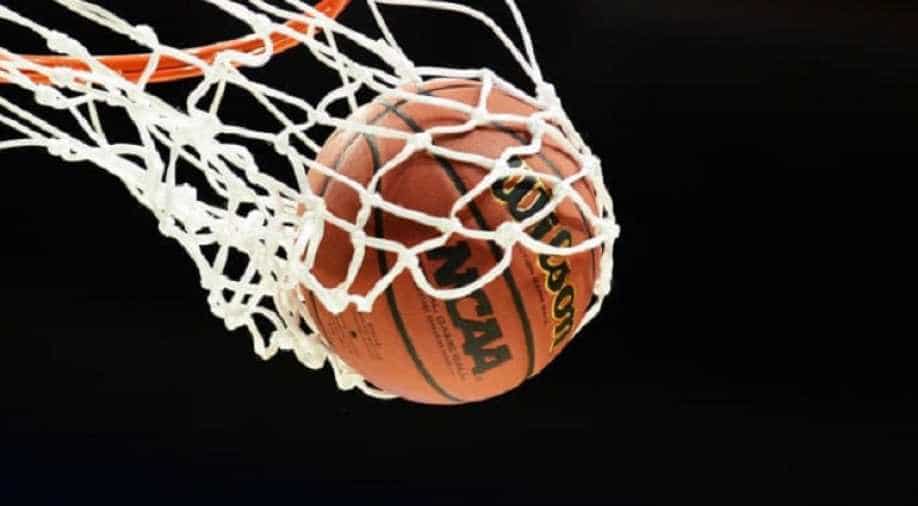 Multiple coaches have complained about physical punishment at the academies including a facility in Xinjiang, the region where China is accused of holding more than a million members of ethnic minorities in internment camps.

Young players have been physically abused and left without schooling at NBA basketball academies in China, which were described as "sweat camp(s) for athletes", an ESPN report said.

Multiple coaches have complained about physical punishment at the academies including a facility in Xinjiang, the region where China is accused of holding more than a million members of ethnic minorities in internment camps.

The NBA says it cut ties last year with Xinjiang, but the world's most popular basketball league continues to operate academies in Shandong and Zhejiang provinces, in sports facilities run by the Chinese government.

One former coach said he saw a Chinese counterpart hurl a ball into a young player's face and "kick him in the gut" according to the ESPN investigation.

"Imagine you have a kid who's 13, 14 years old, and you've got a grown coach who is 40 years old hitting your kid," the coach was quoted as saying. "We're part of that. The NBA is part of that."

NBA deputy commissioner Mark Tatum told ESPN that only a "handful" of complaints about abuse had been received -- but added that the league is "re-evaluating" the academy program.

"One of the lessons that we've learned here is that we do need to have more direct oversight and the ability to make staffing changes when appropriate," Tatum said.

"We don't have oversight of the local coaches, of the academic programs or the living conditions," he added. "It's fair to say we were less involved than we wanted to be."

The report, by Pulitzer prize-winning journalist Steve Fainaru and his brother Mark Fainaru-Wada, who covered the BALCO steroid scandal, comes at a time of fraught relations between the NBA and China.

The NBA, which will restart its coronavirus-halted season later Thursday, says the row has cost it hundreds of millions of dollars in lost revenues.

But the Chinese project was "fundamentally flawed" according to Bruce Palmer, a former technical director at a private basketball school in China who was hired by the NBA to evaluate the academies.

The main problems were that NBA employees were placed under Chinese authority, and that the league was prevented from working with China's elite players, Palmer said.

"We were basically working for the Chinese government," one former coach was quoted as saying.

According to ESPN, one coach requested a transfer after seeing Chinese coaches hit teenage players, while another left because he couldn't stomach the lack of education.

"I couldn't continue to show up every day, looking at these kids and knowing they would end up being taxi drivers," told ESPN.

Education was intended as a central plank of the academies, but no formal schooling was provided by the Chinese sport bureaus, the report said.

It detailed cramped living conditions at the Xinjiang academy, where rooms meant for two players were accommodating up to 10, sleeping in bunk beds.

Players trained two or three times a day and had few extracurricular activities, ESPN said, adding that teenagers as young as 13 were often left unsupervised.

One expert quoted in the report pointed out that physical punishment was common among sports coaches in China, underlining a cultural difference with the West.

"For most of the older generation, even my grandparents, they take corporal punishment for granted and even see it as an expression of love and care," said Jinming Zheng, an assistant professor of sports management at Northumbria University in England.

"The older generation still sees it as an integral part of training."