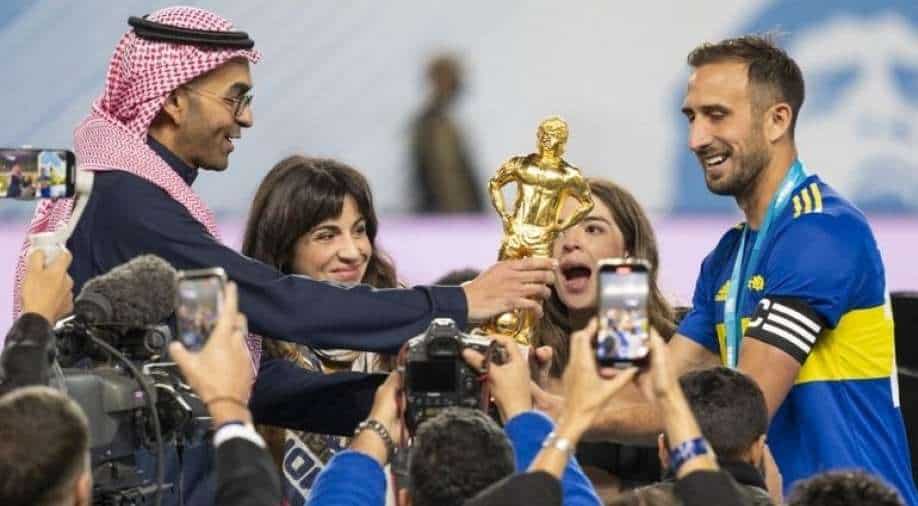 Boca Juniors won the inaugural 'Maradona Cup' 4-2 in a penalty shootout after levelling 1-1 in full time.

Boca Juniors beat Barcelona on penalties on Tuesday in Riyadh, in a friendly match in honour of Diego Maradona, marked by the return of Brazilian Dani Alves to the Spanish club.

Ferran Jutgla gave Barca the lead in the 50th minute but Exequiel Zeballos levelled mid-way through the second half and the match finished 1-1.

The Argentines then won the inaugural 'Maradona Cup' 4-2 in a penalty shootout.

Alves, 38, has rejoined Barcelona where he played between 2008-2016 and won three Champions League titles and La Liga six times; but is ineligible to appear in competitive matches until the transfer window opens early next year.

He was a free agent after leaving Sao Paulo in September following a dispute over unpaid wages.

Right-back Alves was busy and dangerous, and converted his penalty in the shootout.