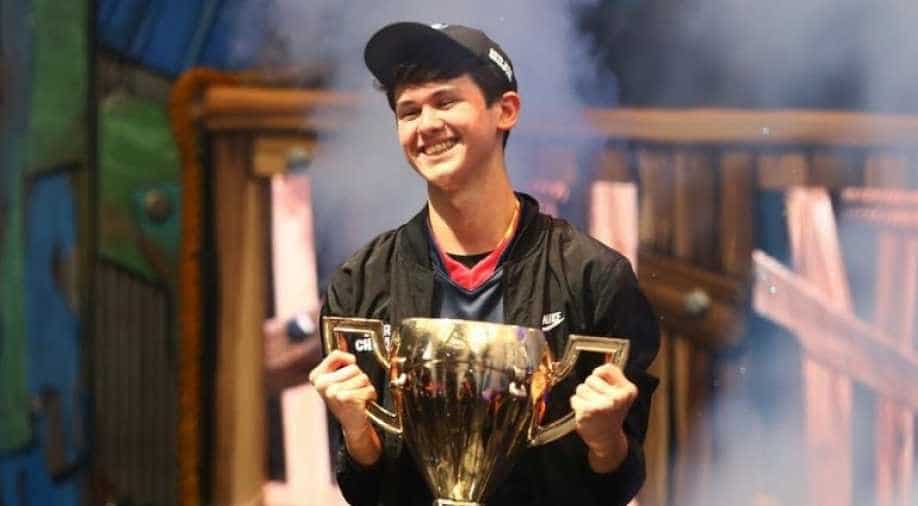 'It's insane,' the young millionaire said after the final, during which he scored almost double the points of his closest opponent (59 to 33).

Originally from Pennsylvania, the young gamer took the lead in the first of six games and never looked back.

"It's insane," the young millionaire said after the final, during which he scored almost double the points of his closest opponent (59 to 33).

Aside from the second of six games, Bugha was remarkably consistent despite playing in the first world cup final, with millions of dollars on the line, in the Arthur Ashe stadium, where the US Open tennis tournament takes place.

"This morning he was worriless, energetic, having fun to make sure he wasn't stressed at all," his best friend Colin Bradley told AFP after the final.

In the game, users are dropped onto an island where they must search for weapons and other resources while eliminating other players -- all while trying to stay alive.

A sense of placement, a talent for building, brilliance in close combat and rock-solid self-control -- Bugha had it all in the final.

"He's one of the smartest players. He knows when to attack, when not to attack, to stay high ground. He's a strategic player," Bradley said.

Having a high position is often a decisive advantage, especially in the closing stages of the game, making it easier to shoot other players.

"A lot of people think it's just a game, but he is practising, dedicated, determined," said Bugha's aunt, Dawn Seiders.

"I think he's the definition of a professional."

Epic Games -- Fortnite's creators -- have spent a whopping $100 million on the inaugural event, including staging 10 weeks of qualifying culminating in this weekend's tournament.

Over the three-day tournament, Epic Games gave out $30 million in prize money.

Every competitor is guaranteed to leave with $50,000, making them the envy of the schoolyard when they return home.

On Saturday, gamers using the pseudonyms "Nyhrox" and "aqua" became the first Fortnite world champions in the duo division, winning $1.5 million each.

Argentinian player Thiago Lapp, alias "King," made a splash at only 13 years old. He just missed the million-dollar mark ($900,000) and finished fifth, employing an ultra-aggressive style that helped him eliminate 21 competitors over six matches, the best after Bugha (23).

"It's better than watching on TV or Twitch," said Anthony Peralta, who attended the final.

During the weekend's highlights, attendees filled about two-thirds of the Arthur Ashe stadium, which has a seating capacity of 23,000.

"I didn't think it would be this much fun," said Carlos Dacosta, another final audience member.

"The level of competition that these guy have, it's crazy."

"It's massive, what they've done," said French gamer "Kouto," whose real name is Issam Taguine and is a member of France's Team MCES.

"Especially everything they've invested in the players."

After placing second during the "Creative Mode" final on Friday, which offers players new game modes they can discover, Kouto will leave New York with $86,000, which he plans to give to his mother.

For him, the popularity of the game -- which is free to play and has 250 million users worldwide -- is higher than ever, thanks to its fast-paced updates.

"It's the game with the most changes," he said.

"So you can come back four months later and you'll never feel like you've played the same game. That's what gives the game life."