US senators call on Pompeo to label Myanmar killings 'genocide' 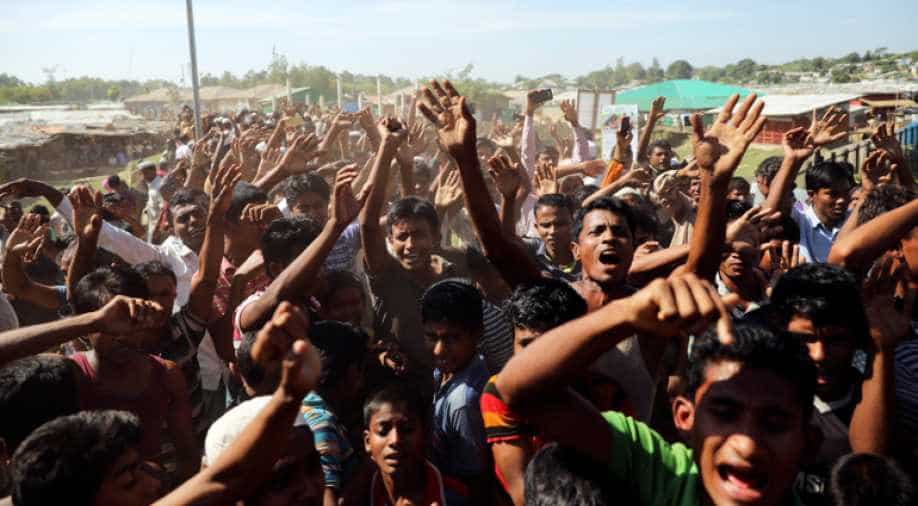 A bipartisan group of US senators on Wednesday called on Secretary of State Mike Pompeo to designate the Myanmar military's campaign against the Rohingya Muslim minority a genocide.

More than 700,000 Rohingya have fled Myanmar's Rakhine state for neighbouring Bangladesh since August last year, when attacks on security posts by Rohingya insurgents triggered a military crackdown that the United Nations, the United States, Britain and others described as ethnic cleansing.

"We are deeply concerned that despite clear evidence of genocide amassed by the Department`s own report ... that the Department has not made a formal determination that the crime of genocide has been committed," said a letter to Pompeo from the senators, a copy of which was seen by Reuters.

In September, leaders of the US House of Representatives Foreign Affairs Committee called on the Trump administration to declare the military campaign a genocide, days after a State Department report stopped short of that description.

A declaration of genocide by the US government could have legal implications of committing Washington to stronger punitive measures against Myanmar's government, which is led by Nobel laureate Aung San Suu Kyi. This has made some in the Trump administration wary of issuing such an assessment.

The areas where the Rohingya lived in Myanmar's western Rakhine State before the army ousted them were being dramatically transformed, making their return increasingly unlikely, Reuters reported on Tuesday.

The senators asked Pompeo to provide a formal determination about the actions of Myanmar`s military.

"There is no question that the violence in northern Rakhine State – intended to terrorise, drive out, and exterminate Rakhine`s Rohingya population – meets the definition of genocide," the letter said.

Led by Senator Bob Menendez, the top Democrat on the Senate Foreign Relations Committee, the letter was also signed by Republican Senators Marco Rubio and Susan Collins and

Failing to officially label the actions a genocide would "deny truth-telling and accountability" for the Rohingya and "... would leave an indelible stain on our nation`s legacy of promoting and advancing human rights, dignity, and accountability," the letter said.

The United Nations Security Council is mulling a resolution that the council could consider further steps, including sanctions, if there was not enough progress made by Myanmar in returning refugees, diplomats said.