US sanctions Pakistan-based extremists for funding LeT, JuD, IS 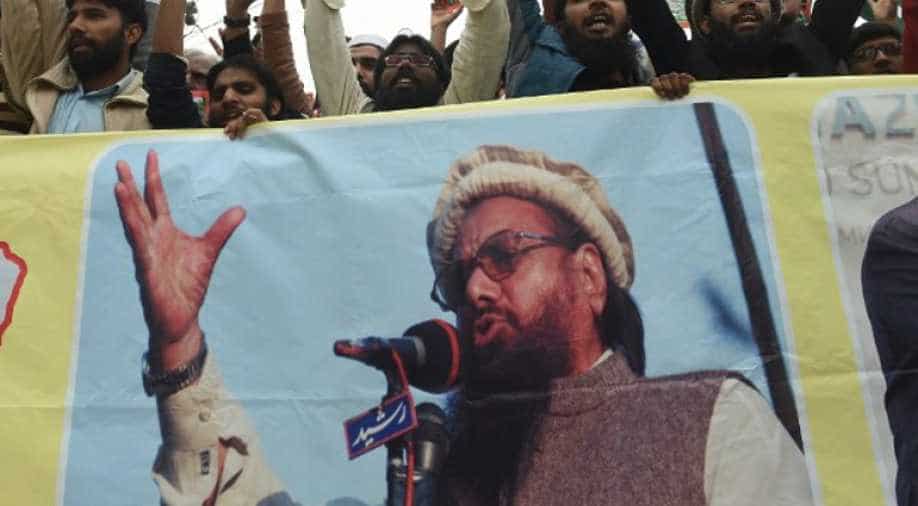 The sanctions have been slapped to disrupt the funding of LeT, JuD, Taliban, JDQ, IS, and ISIS Khorasan||The sanctions in particular have been imposed against Hayatullah Ghulam Muhammad (Haji Hayatullah), Ali Muhammad Abu Turab, Inayat-ur Rahman

The US has imposed sanctions on Pakistan-based extremists and an organisation run by Mumbai attack mastermind Hafiz Saeed's JuD group as part of an effort to disrupt their leadership and fund-raising networks.

The sanctions have been slapped to disrupt the funding of Lashkar-e-Taiba (LeT) and its front for charitable activities, the Jamaat-ud-Dawah, the Taliban, Jamaat-ul-Dawa al-Qu'ran (JDQ), the Islamic State, and ISIS Khorasan.

The sanctions in particular have been imposed against Hayatullah Ghulam Muhammad (Haji Hayatullah), Ali Muhammad Abu Turab, Inayat-ur Rahman, and a purported charity managed by Inayat-ur Rahman, the Welfare and Development Organisation of Jamaat-ud-Dawah for Quran and Sunnah (WDO).

"These sanctions seek to disrupt the financial support networks of terrorists based in Pakistan who have provided support to the Taliban, al-Qaeda, ISIS, and LeT for recruitment and funding of suicide bombers and other violent insurgent operations," said John Smith, Director of Treasury's Office of Foreign Assets Control (OFAC).

"The US continues to aggressively target extremists in Pakistan and the surrounding region, including charities and other front groups used as vehicles to facilitate illicit terrorist activities," Smith said.

"The three individuals and (an) entity we designated have connections with terrorist groups that are a direct threat to the security of both the United States and Pakistan," he said.

"The individuals are opportunistic and willing to work with extremist organisations, even those ideologically opposed to one another, to help them deepen their foothold in the region," Smith added.

OFAC said they designated Hayatullah for acting on behalf of JDQ and LeT, and for providing material and financial support to the Taliban, al-Qaeda, ISIS, and ISIS Khorasan.

Abu Turab invited sanctions for providing material and financial support to JDQ. Last year, he facilitated movement of thousands of dollars from the Gulf to Pakistan.

Inayat-ur Rahman has been slapped with sanctions for acting for JDQ and the Taliban, and for providing material and financial support to LeT and the Taliban. A long-time leader of JDQ, he worked directly for Haji Hayatullah.

OFAC designated the WDO for being controlled by Inayat-ur Rahman. As of 2015, he was the director, chairman, and president of WDO.