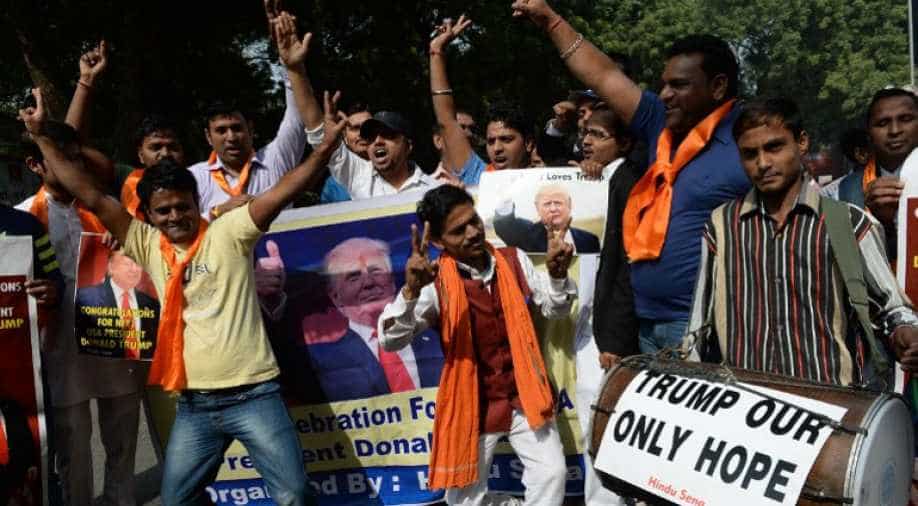 A far-right Hindu group which has been one of Donald Trump's most avid overseas cheerleaders began celebrating in New Delhi on Wednesday as the Republican pulled off a shock US presidential election victory.

Vishnu Gupta, chief of the ultra-nationalist 'Hindu Sena' outfit, said supporters had taken to the streets to bang traditional drums even before Trump claimed victory and would also distribute celebratory sweets.

Trump's hardline rhetoric towards Muslims has found favour in some quarters in India, the world's largest democracy which has had its fair share of tensions between the majority Hindu population and its Muslim minority.

Indian Prime Minister Narendra Modi was before his 2014 election regarded as an international pariah after deadly communal riots broke out in the state of Gujarat more than a decade ago when he was chief minister. Most of the victims were Muslims.

Trump has called for a ban on all Muslims entering the United States and Gupta said his message had wide resonance.

"We predicted that he would win five days ago --- there is a huge support for him, his ideas, and we could see that," Gupta told AFP.

"Now terrorists will be hunted everywhere in the world, even if they go and hide in a cave. Now only God can help Pakistan. India will now have the support of the US in our efforts against terrorists. We will be together in this.

"Donald Trump will do what no other US president has been able to do before. We are happy. All terrorists should now run and hide."

Gupta's group held a special prayer session for Trump in New Delhi back in May when he was seen as a long shot for the presidency, hailing him as a "fighter and a saviour of humanity".

They also celebrated his birthday in June with a cake, balloons and posters.