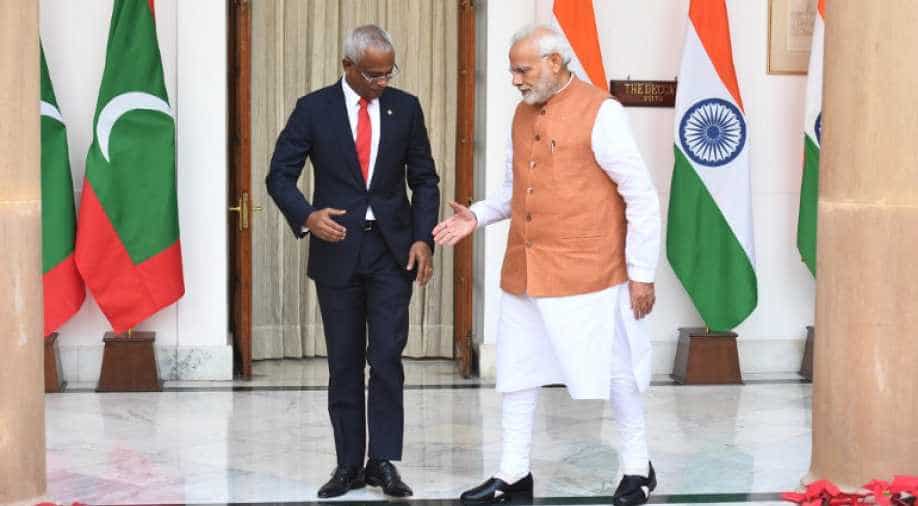 India was the only country mentioned in Maldives' President Ibrahim Mohamed Solih's speech at his swearing-in ceremony.

According to news agency ANI, a meeting was held between PM Modi and  Maldives President Solih immediately after swearing-in.

India was the only country invited at the head of state/government level, sources added.

Modi travelled to Male to attend the oath-taking ceremony in which representatives of more than 40 countries were also present.

Solih, the opposition Maldivian Democratic Party's candidate who surprisingly emerged victorious over incumbent president Yameen in the election held on September 23, had extended the invitation during a phone call by Modi.

This is Modi's first visit to the Maldives as prime minister. The last visit by an Indian Prime Minister to the Indian Ocean island nation was by Manmohan Singh in 2011.

According to the latest report, Modi left for Delhi after attending the swearing-in ceremony.