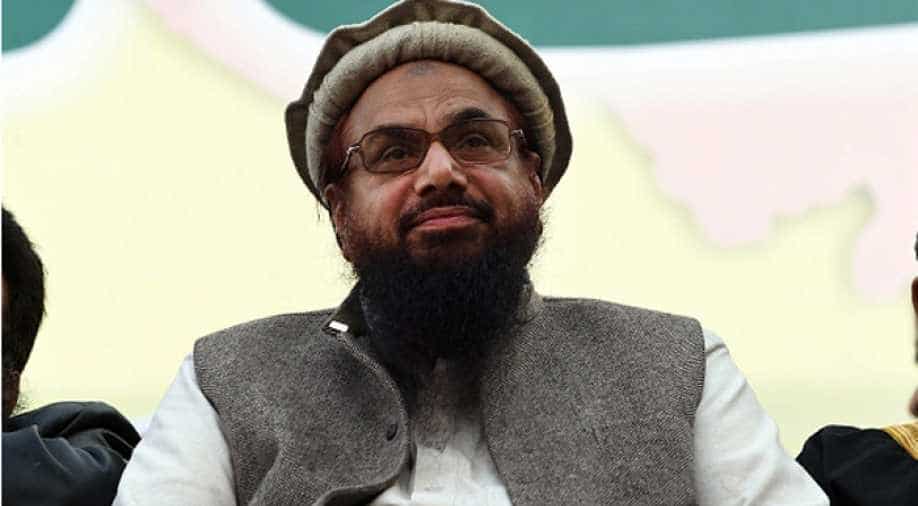 Hafiz Saeed was declared a global terrorist by the US and the UN after the 2008 Mumbai attack and was put under house arrest in November 2008.

Mumbai attacks mastermind Hafiz Saeed has donned the hat of a column writer for a leading Urdu newspaper, stirring a debate among journalists as to how the media house allowed the head of a banned terror group to write on the Kashmir issue and the creation of Bangladesh in 1971.

Saeed was declared a global terrorist by the US and the UN after the 2008 Mumbai attack and was put under house arrest in November 2008 but freed by a court some months later. He carries a $10 million American bounties on his head for his role in terror activities.

The article carries a picture of former prime minister Indira Gandhi and some young men holding guns in Dhaka. Allowing the head of a banned terror group to contribute for a known media house has stirred debate with journalists questioning whether the company in question allowed Saeed to write due to some “direct links” with the owner or under “someone’s pressure”.

A court has ordered the Pakistan Electronic Media Regulatory Authority to ensure that the Pakistani media does not display Saeed’s pictures.
In his article, “Saeed said Indira hatched a conspiracy to dismember Pakistan”, lamenting the then Pakistani rulers for their failure.

Saeed has extensively explained the role of India in the creation of Bangladesh and expressed his opinion as to why Kashmir is important for Pakistan. He said Pakistan should support the Kashmiri people.

India has been demanding Pakistan not only to arrest the Lashkar-e-Taiba (LeT) founder and try him in the Mumbai attack case but also to punish all those involved in this carnage.

Saeed launched the Milli Muslim League (MML) party in August 2017 with a so-called mission to implement the ideology of Pakistan in accordance with the 1973 Constitution.

In April this year, the US placed the MML on its list of foreign terror organisations for its links with the LeT. The government has said that the MML is an off-shoot of Saeed’s Jamat-ud Dawah (JuD), which has been declared as a foreign terrorist organisation by the US in June 2014.

The JuD is believed to be the front organisation for the LeT which is responsible for carrying out the 2008 Mumbai attack that killed 166 people, including some Americans.