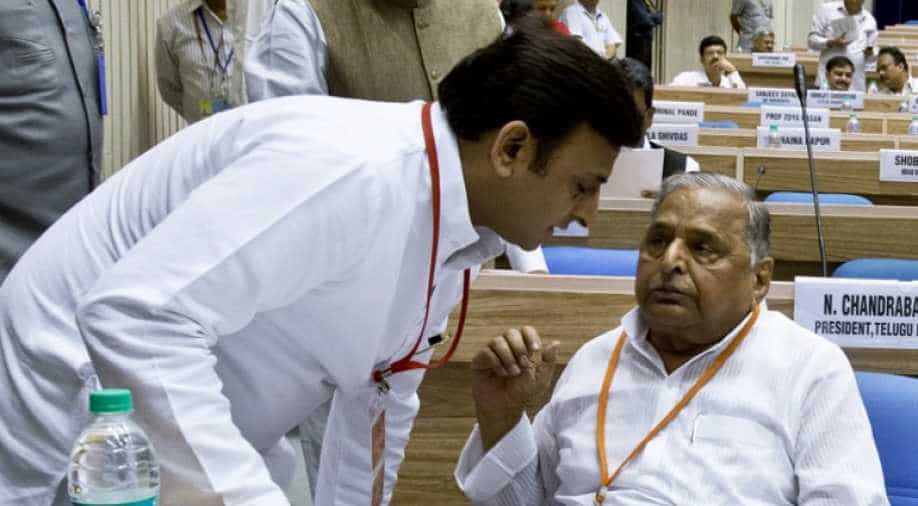 Rajya Sabha MP Ramgopal Yadav, who was expelled from the Samajwadi Party in October for six years in the midst of a raging feud in the Yadav clan, was today reinstated in the party.

Party supremo Mulayam Singh Yadav said the expulsion of his cousin Ramgopal Yadav has been revoked.

"Expulsion of Ramgopal Yadav has been revoked. He will continue as leader of party in the Rajya Sabha, spokesman, party national general secretary and member of party's national parliamentary board," Mulayam Singh said in a release issued here.

Ramgopal, who is considered close to Uttar Pradesh Chief Minister Akhilesh Yadav, was expelled from the party for six years on October 23 on the instructions of the SP supremo.

Ramgopal is a cousin of Mulayam and Shivpal and is considered to play the role of a "think tank". He had strongly supported Akhilesh in the family feud in the Yadav clan.

While announcing his expulsion, Shivpal had levelled serious allegations against Ramgopal, saying he was working as part of a "conspiracy" in collusion with the BJP to weaken the SP and tarnish the Akhilesh Yadav government's image.

"Ramgopal had met thrice with top leaders of the saffron party," Shivpal had said, accusing his cousin of "patronising and shielding corrupt elements."

Ramgopal was also blamed for the SP's breakup from the "mahagathbandhan" (grand alliance) in the Bihar election last year.

He was sacked hours after Shivpal and three other ministers considered close to him were sacked from the state cabinet by chief minister Akhilesh Yadav.