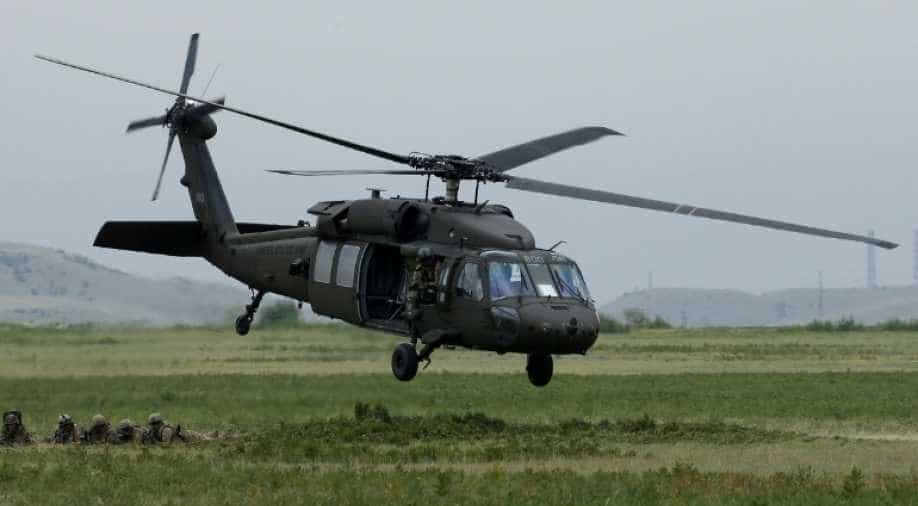 The warning comes amid widespread fears that the Afghan military will struggle to cope with a looming pullout of allied foreign troops after more than 17 years of conflict.

The United States risks providing Afghanistan with state-of-the-art Black Hawk helicopters that the country's embattled air force does not have the pilots to fly nor the engineers to maintain, a US watchdog said on Tuesday.

The warning, by the US Special Inspector for Afghanistan Reconstruction (SIGAR), comes amid widespread fears that the Afghan military will struggle to cope with a looming pullout of allied foreign troops after more than 17 years of conflict.

Talks between US envoys and Taliban negotiators due to resume in Qatar on Feb. 25 are likely to centre on the withdrawal of thousands of US-led NATO forces and a ceasefire to end America's longest war.

The US military has provided the first 16 of a scheduled 159 UH-60 Black Hawks to the Afghan air force and its special forces, a move the watchdog says raises concerns about the country's ability to absorb the rest by 2023.

It calls for efforts to improve pilot training timetables and English-language skills, as well as build a teaching programme for Afghan maintenance crews to replace foreign contractors.

"Given concerns that the Afghan air force and special mission wing may not be able to fully use all 159 aircraft when delivered, the Department of Defence runs the risk of wasting US taxpayer dollars to purchase aircraft the AAF and SMW cannot fly or maintain," SIGAR said.

It urged that the training and maintenance be linked to the pace of deliveries so that Black Hawks "will not sit idle in Afghanistan without enough pilots to fly them".

Even reduced targets of US-led training for 320 pilots may not be met, the watchdog added, with a class attrition rate of 26 per cent.

The Black Hawks are intended to replace a fleet of ageing Soviet-era helicopters that now serve as workhorses for the Afghan air force, which is battling Taliban militants who have stepped up attacks over the last two years.

The hardline Islamist movement now controls or contests districts across nearly half of Afghanistan.

In December last year, Reuters reported that Afghanistan's fleet of 47 M-17s was under pressure from a deadly mix of hard use and poor maintenance.

As the pace of operations against Taliban and Islamic State insurgents has risen, crews said they faced pressure to take shortcuts with maintenance, an issue U.S. military advisers saw as a major concern for the fledgling Afghan air force they were trying to build up, the Reuters report said.

SIGAR said the US military "acknowledged that the UH-60 has performance limitations when compared with the MI-17, which can fly higher and carry more passengers".

Most missions flown by the Afghan air force did not need the additional capability provided by the Mi-17, the watchdog, quoting the US military.