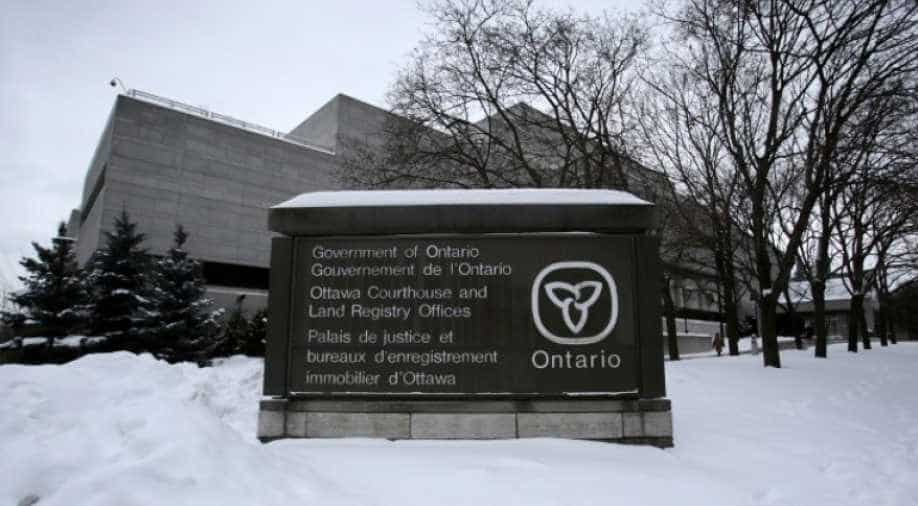 Boyle and Coleman, who married in 2011, were kidnapped by the Taliban during what they have called a backpacking trip in 2012 and were transferred to the custody of the Taliban-allied Haqqani network.

A couple who split after a five-year hostage ordeal in Afghanistan faced each other in a Canadian court Wednesday at the husband's trial for sexually assaulting his wife.

US citizen Caitlan Coleman, 33, recounted her "rollercoaster" relationship with Canadian Joshua Boyle that ended after their 2017 release.

Boyle, 35, was arrested just two months after he and Coleman returned to Canada and was charged with sexual assault, misleading police and making death threats.

Boyle and Coleman, who married in 2011, were kidnapped by the Taliban during what they have called a backpacking trip in 2012 and were transferred to the custody of the Taliban-allied Haqqani network.

The couple were initially separated, and moved around to more than 22 locations in total, but were mainly held together and had three children in captivity -- and another after their release.

Coleman testified via video link from another room in the Ottawa courthouse while Boyle sat quietly, his parents at his side.

She recounted how she had met the defendant when she was 16 in a Star Wars-themed chat room, and became "smitten, rather crushed on him" as he recovered from a break-up with a mutual friend.

She provided a shoulder to cry on when he appeared depressed and the friendship eventually developed into a "powerful rollercoaster" romance.

Coleman recalled how she told people Boyle was a wonderful boyfriend, when in reality they would fight over her social drinking, the way she dressed and her friends.

Boyle would claim she was "holding him back," the court heard, and would often belittle her and call her a "slut."

The judge was told Boyle had married someone else -- the sister of former Guantanamo detainee Omar Khadr -- during a break in the relationship.

But that ended in a 2010 divorce and Coleman married Boyle the following year during a trip to South America.

'Didn't have a choice'

She said he became increasingly controlling, referring to her as "helpmeet," and pressed her to travel with him to Afghanistan.

After their frequent fights, she would break down and cry, "babbling incoherently," often storming out, and soon she began to "self-harm."

Coleman said she finally relented and travelled with him to Central Asia with the "firm understanding" that they would not go to Afghanistan.

But after landing in nearby Kyrgyzstan, Boyle sprung on her his real plan to go to Afghanistan, telling Coleman that she "didn't have a choice."

"I was really scared. I thought this was a very bad idea," she said, noting that she was at least four months pregnant. They were kidnapped one week after crossing into Afghanistan.

During five years of captivity, Coleman said Boyle became physically abusive, biting, choking, punching, slapping and spanking her, as well as casually threatening to kill her in front of their children.

Coleman said the day they gained their freedom, which she said was "exciting" and involved a "dramatic" car chase, her husband's assaults and verbal abuse stopped and she said she became hopeful.

"He started treating me better," she said.

But after a short stay with his parents in Smith Falls, Ontario, they moved into a downtown Ottawa apartment and within weeks the abuse started up again, she said.

"He started becoming verbally abusive, putting me down, then it deteriorated into physical abuse again," Colemen testified.

The court heard Boyle's 911 call on the day Coleman walked out of the couple's Ottawa apartment at the end of December. He claimed she was mentally unstable, struggling with post-traumatic stress disorder, and might harm herself.

But the call triggered a police investigation that led to him being charged.

Coleman's testimony is due to resume Friday, in what is expected to be an eight-week trial.

The court has banned the identification of a second alleged victim of Boyle.