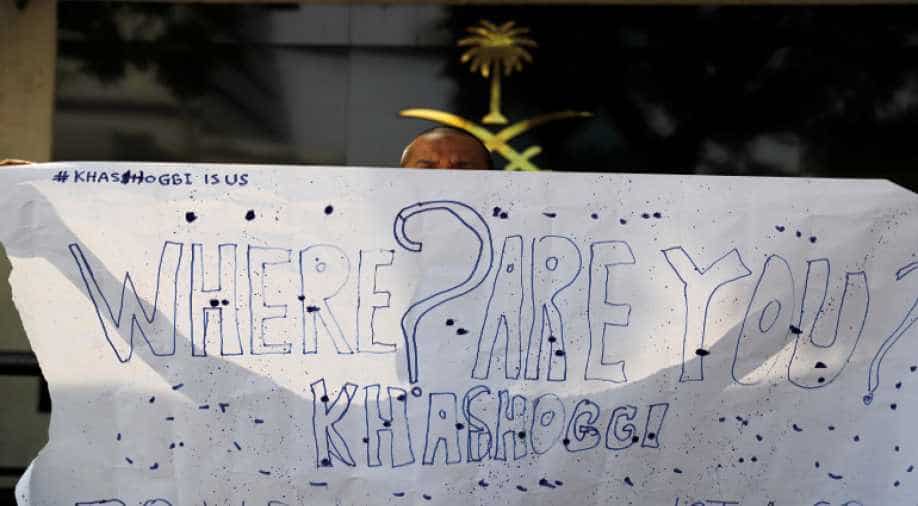 It matters little what label world powers put on their support for autocrats and illiberals . The United States has long justified its policy with the need for regional stability in the greater Middle East. Russia calls it international legality while China packages is it as non-interference in the domestic affairs of others.

They go to the risks of support for autocratic regimes by democratic and authoritarian world powers, the rise of illiberal democracy in the West, increasing authoritarianism in Russia, and absolute power in China in which checks and balances are weakened or non-existent.

Khashoggi’s killing is but the latest incident of hubris that stems from the abandonment of notions of civility, tolerance and plurality; and the ability of leaders to get away with murder, literally and figuratively. It also is the product of political systems with no provisions to ensure that the power of men like Saudi Crown Prince Mohammed Bin Salman is restrained and checked.

Khashoggi was an advocate of the necessary checks and balances.

In his last column published in The Washington Post posthumously, Khashoggi argued that “the Arab world needs a modern version of the old transnational media so citizens can be informed about global events. More important, we need to provide a platform for Arab voices. We suffer from poverty, mismanagement and poor education. Through the creation of an independent international forum, isolated from the influence of nationalist governments spreading hate through propaganda, ordinary people in the Arab world would be able to address the structural problems their societies face.”

Khashoggi’s words were echoed by prominent journalist and political analyst Rami Khouri. “We are heading to the law of the jungle if big power and Mideast state autocracy is not held accountable,” Khouri said.

In a similar vein, a survey by the Arab Barometer survey concluded that public institutions in the Arab world, including the judiciary enjoyed little, if any, public trust.

“Part of the lack of trust comes from the disenfranchisement felt by many, especially youth and women… The lack of alternative political forces is adding to the fatigue and lack of trust in institutions. Citizens in the region struggle to find an alternative to the ruling elite that might help address the issues of ineffective governance and corruption,” said a report by the Carnegie for Endowment of Peace.

“Citizens are increasingly turning toward informal mechanisms such as protests and boycotts, and focusing more on specific issues of governance, such as service provision, particularly at the local level. Furthermore, with democracy under threat across the globe, calls for broad democratic reform have been replaced by more basic demands,” the report went on to say.

What puts the price Khashoggi paid for advocating controls of absolute power in a class of its own, is the brutality of his killing, the fact that he was murdered in the Saudi consulate in Istanbul rather than, for example, by an unknown killer on a motorbike; and the increasingly difficult effort to resolve politically the crisis his death sparked.

Beyond the support by world powers of often brutal autocrats facilitated by a lack of checks and balances that in the past three decades has destroyed countries and costs the lives of millions, Khashoggi’s murder is also the product of the failure of Western leaders to seriously address the breakdown in confidence in leadership and political systems at home and abroad.

The breakdown peaked with the 2011 popular Arab revolts; simultaneous widespread protests in Latin America, the United States and Europe; and the increased popularity of anti-system, nationalist and populist politicians on both the right and the left.

Khashoggi joins the victims of extrajudicial poisoning in Britain by Russian operatives of people who like him may have been a thorn in the side of their leaders but did not pose an existential threat – not that that would justify murder or attempted murder.

He also joins the millions of casualties of failed policy and hubris caused by Iraqi leader Saddam Hussein’s gassing of Kurds in the 1980s and reckless 1990 invasion of Kuwait, support for Syrian president Bashar al-Assad’s determination to cling to power irrespective of the human cost, the Saudi-UAE-led war in Yemen that has produced the worst humanitarian crisis since World War Two, and China’s attempt to brainwash and socially engineer what the country’s leaders see as the model Chinese citizen.

And those are just some of the most egregious instances.

No better are the multiple ways in which autocratic leaders try to ensure conformity not only through repression and suppression of a free press but also, for example, by deciding who deserves citizenship based upon whether they like their political, economic or social views rather than on birth right.

Take Bahrain whose minority Sunni Muslim regime has stripped hundreds of its nationals of their citizenship simply because it did not like their views or Turkey with its mass arrests of anyone critical of the government.

The irony is that if elections in democracies are producing illiberal leaders like US President Donald J. Trump, Turkey’s Recep Tayyip Erdogan and Hungary’s Victor Orban, in Asia and Africa they are bring forth governments mandated to reverse Belt and Road-related, Chinese funding of projects that primarily benefit China rather than the recipient economically and pave the way for greater Chinese influencing of domestic politics as well as the export of systems that enhance unchecked state power.

In some cases, like Malaysia, they produce leaders willing to take on China’s creation of a 21st century Orwellian surveillance state in its north-western province of Xinjiang.

It matters little what label world powers put on their support for autocrats and illiberals. The United States has long justified its policy with the need for regional stability in the greater Middle East. Russia calls it international legality while China packages is it as non-interference in the domestic affairs of others.

Said Middle East expert and former US official Charles Kestenbaum building on Khashoggi’s words: “If they (Middle Eastern states) want to compete with the globe in IT (information technology) and tech more broadly, they must encourage risk, innovation and freedom to fail. Such social and political freedom does not exist adequately in the region. The opposite in fact, authoritarian regimes repress such initiative and openness. So what do they have to compete and globally engage in the 2020’s? Nothing.”