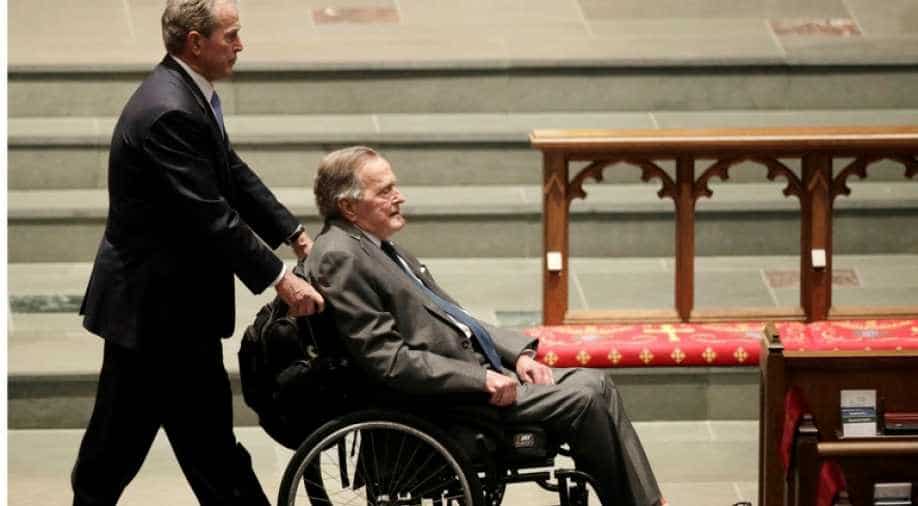 10 dead, 15 injured after van ploughs into crowd on Toronto sidewalk

A driver ploughed his white Ryder rental van into a crowd in Toronto on Monday, killing 10 people and injuring 15 along a roughly mile-long (1.6-km) stretch of sidewalk thronged with lunch-hour pedestrians, police said.

After the Delhi High Court reprimanded the Centre over the ordinance passed to amend the POCSO Act, the former Delhi High Court chief justice AP Shah said on Monday that the enhancement of punishment will have "disastrous consequences for children".

A major fire broke out in a three storey building in Qingyuan city in China on Tuesday. At least 18 people are reported to be killed and five people are injured.

Former US President George HW Bush was admitted to a Houston hospital for an infection that spread to his blood a day after the funeral of Barbara Bush, his wife of seven decades, a family spokesman said on Monday.

The Indian Air Force effectively achieved relocation and re-balancing of its assets from one sector to another during a just-concluded mega exercise, Air Chief Marshal BS Dhanoa said on Monday, hinting at its preparedness to deal with a two-front war.