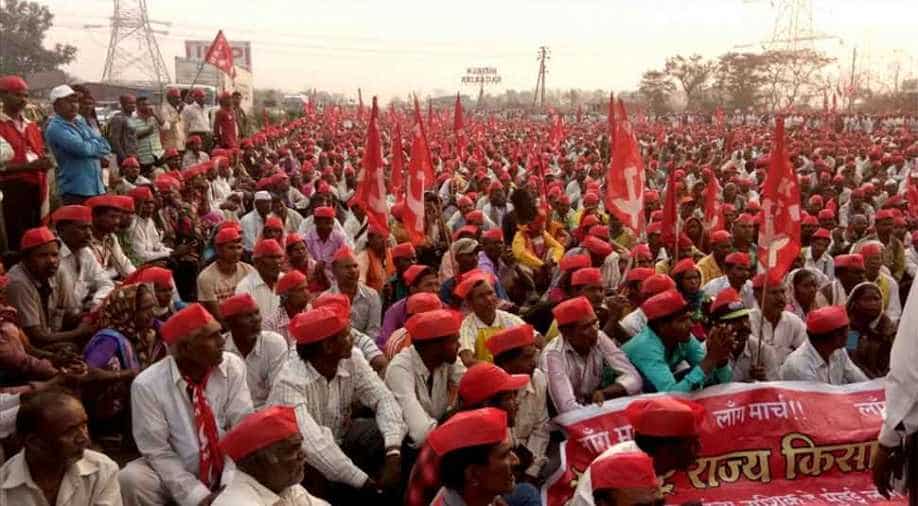 BJP MP Poonam Mahajan on Monday said farmers and tribals protesting in Maharashtra were being misguided by "urban Maoists".

The MP from Mumbai North Central said it was the responsibility of the BJP-led Maharashtra government to sit with the protesters, who were being "captured" by Maoists, to solve their problems.

"Sadly, tribals have been captured by the Maoists and their centre is in Pune. The government can do a lot for them, but the (Maoists') ideology is stopping them. We have seen urban Maoists in many cities of India. They go to districts which are called Maoists affected areas," Mahajan told reporters outside Parliament.

"Maoists are misguiding them (the farmers). It is the responsibility of the Maharashtra government to sit with the farmers and sort out the problem," she said as Mumbai's Azad Maidan turned into a sea of red this morning with thousands of farmers carrying red flags converging after walking around 180 km from neighbouring Nashik district for six days.

The farmers, who banded together under the Left-affiliated All India Kisan Sabha (AIKS), reached Mumbai yesterday afternoon.

Hitting out at Mahajan, CPI(M) leader MB Rajesh said, "The Kisan Sabha is leading the rally. One can see the posters, banners and flags. I am scared the BJP may also call them anti-nationals."

The main demand on the farmers' list includes an unconditional loan waiver and transfer of forest land to tribal farmers who have been tilling it for years.