This photo of Sidharth Malhotra on a vacation will make you envious! 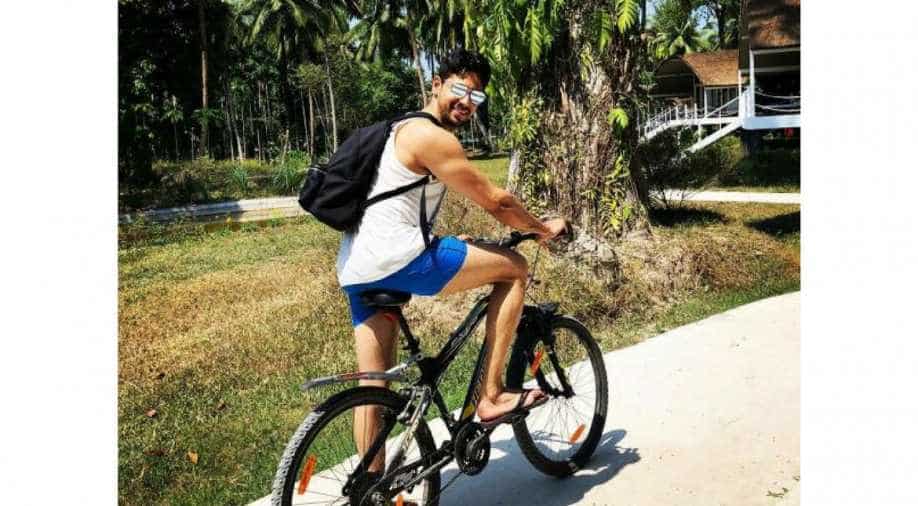 Sidharth Malhotra has put his on-again, off-again relationship with Alia Bhatt on the backburner as he is clearly seen enjoying a quiet vacation. Also Read: Ranbir Kapoor and Alia Bhatt a couple? Alia clears the air

In an Instagram update, Sidharth shared a photo of himself riding a bicycle, posing for the camera with his usual boy-next-door charming smile for the world to see. The post reads: "#wildride #outdoors."

On the work front, it is reported that the actor will next be seen in Kargil: Sher Shah, a biopic based on the late Kargil war hero Captain Vikram Batra. He will soon start shooting for the film in Kashmir.

Speaking about why it took him so long to do a biopic film, Sidharth said, "A biopic needs to mean something. As an actor, I need to feel the connect. A biopic is not a fictitious story. It is based on a real person and I think one needs to handle that with a lot of sensitivity. The character that I'll be playing next is very sensitive and his story is also quite touching. When I was approached for the film, and they spoke to me about the character, I felt it means a lot to me and I have so much respect for him."

He is also said to have signed his next produced by Ekta Kapoor. If this is true, it will Sidharth’s next outing with Ekta after their 2014 hit Ek Villain. He is also in talks with Anees Bazmee for his next, according to a leading daily.