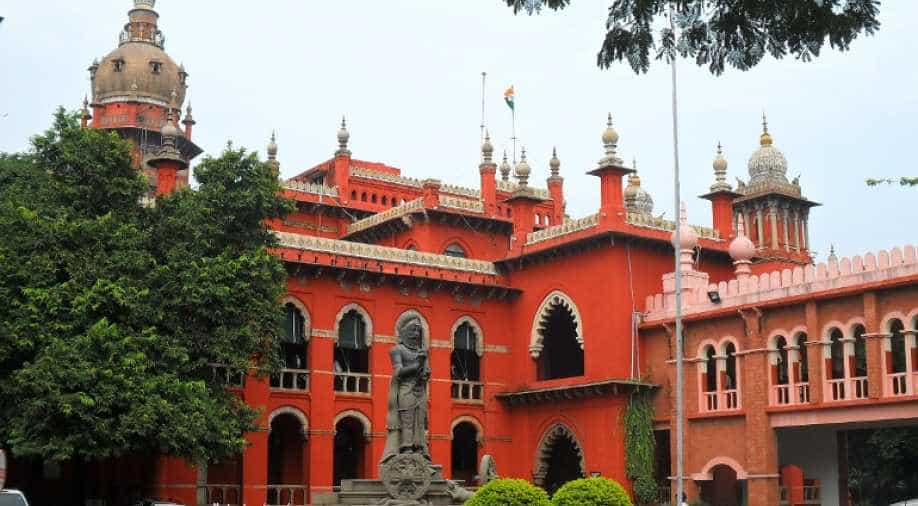 Disposing of a criminal original petition from a victim, Justice N Anand Venkatesh said in all cases of unneeded pregnancy suffered by a victim, she need not be referred to the medical board if the length of pregnancy does not exceed 20 weeks.

The Madras High Court Friday said a rape victim need not approach the medical board or the judiciary to terminate her pregnancy provided its length has not exceeded 20 weeks.

Disposing of a criminal original petition from a victim, Justice N Anand Venkatesh said in all cases of unneeded pregnancy suffered by a victim, she need not be referred to the medical board if the length of pregnancy does not exceed 20 weeks.

"The termination of pregnancy can be done as per the provisions of Section 3 of the Medical Termination of Pregnancy Act, 1971. The victim girl should not be unnecessarily made to knock the doors of this court," he said in his order.

The petitioner, a girl, who was allegedly raped by a man Naveeth Ahamed under duress as a result of which she became pregnant, sought a direction to transfer the probe from local police to the Crime Branch CID.

The assailant had recorded videos and intimidated her to yield to his carnal desires, she alleged and sought a direction to the state-run Institute of Obstetrics and Gynaecology, to medically terminate her pregnancy.

After filing a police complaint against the alleged rapist, she petitioned police to arrange for termination of her pregnancy.

Since the police did not take steps, she herself got admitted to the institute.

Though doctors initially agreed to terminate her pregnancy, she was subsequently discharged in view of the police case and the need for forensic examination.

Left with no other alternative, when the petitioner moved the High Court, it directed her to the government Kasturba Gandhi Hospital for Women and Children, where it was revealed that she was 8 to 10 weeks pregnant.

The government hospital and the institute wrote to the Dean, Rajiv Gandhi Government General Hospital here, that only the medical board there could terminate the pregnancy.

The court then directed police to take the petitioner to RGGGH and tasked the hospital to proceed with the termination of pregnancy and take samples for DNA test and hand it over to the Forensic lab.

Accordingly, the medical board evaluated the petitioner, the pregnancy was terminated and it was reported to the court on June 18.

Counsel for the petitioner, Sudha Ramalingam, submitted that in all cases involving medical termination of pregnancy, the victim should not be made to knock on the doors of the court, where the pregnancy is below 20 weeks.

The judge said even in cases where the length of pregnancy exceeded 20
weeks, it can be terminated (in accordance with the Medical Termination of Pregnancy Act) if the life of the woman was under threat.

In all other cases, where the length of pregnancy exceeds 20 weeks, the victim may approach the High Court for getting an abortion and the medical board will examine the matter.

In all cases of termination of pregnancy involving a criminal case, samples will have to be taken for DNA test, the court said.