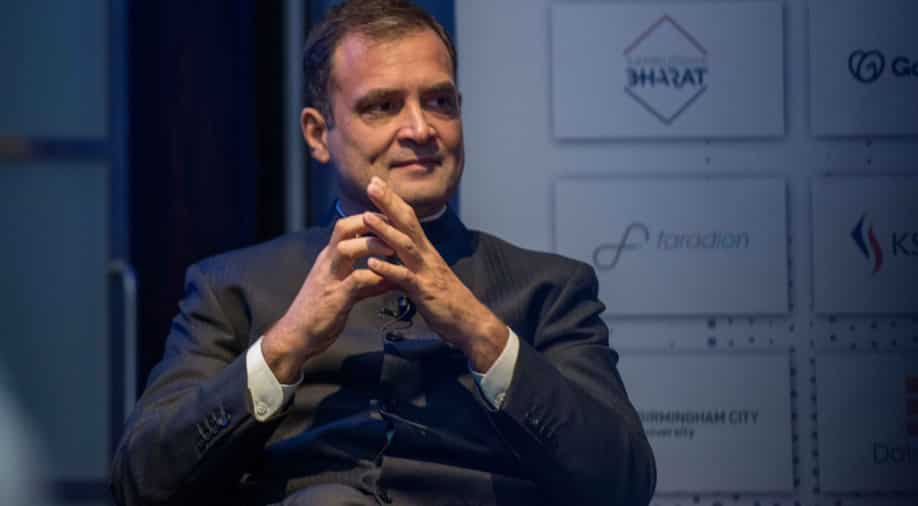 As Congress leader Rahul Gandhi turned 52 on Sunday, he urged his party workers and well wishers to refrain from any kind of celebrations, saying that crores of youths are anguished as protests against the Centre`s Agnipath scheme intensify in several states.

"We are concerned with the situation in the country. Crores of youths are anguished. We should share the pain of the youth and their families and stand with them," Rahul Gandhi said in a statement which was tweeted by Congress MP Jairam Ramesh on Saturday.

The Wayanad MP`s statement comes at a time when the country is witnessing protests against the Centre`s Agnipath scheme approved on June 14 for the recruitment of Indian youth to serve in the Armed Forces for a four-year period.

Rahul Gandhi on Saturday said that just as Prime Minister Narendra Modi had to withdraw the farm laws, he will have to accept the demand of the youth and roll back the Agnipath defence recruitment scheme.

The former Congress chief also said that for eight consecutive years, the BJP government has "insulted" the values of `Jai Jawan, Jai Kisan`.

"I had said earlier also that the prime minister will have to withdraw the black farm laws. In the same manner, he will have to accept the demand of the youth of the country by becoming `maafiveer` and take back the `Agnipath` scheme," Gandhi tweeted in Hindi.

The Union Cabinet on June 14 approved a recruitment scheme for Indian youth to serve in the three services of the Armed Forces called Agnipath and the youth selected under this scheme will be known as Agniveers.

Agnipath allows patriotic and motivated youth to serve in the Armed Forces for a period of four years. The Agnipath Scheme has been designed to enable a youthful profile of the Armed Forces.

Meanwhile, the first batch of Agniveers will avail a further relaxation of 5 years beyond the upper age limit of 23, taking it to 28 years.