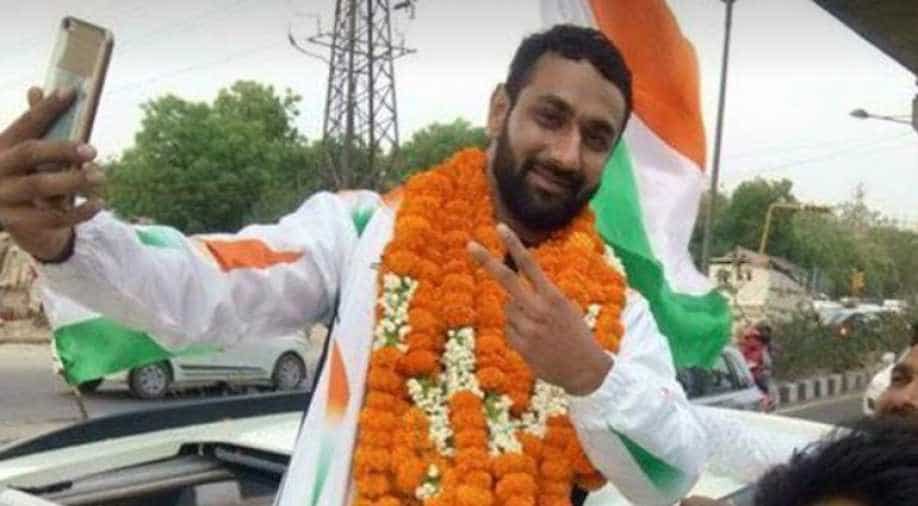 Four people died in the crash and another person was severely injured. Photograph:( Facebook )

World champion powerlifter Saksham Yadav, who was injured in a road accident this morning, has died from his injuries.

Yadav and five other powerlifters were travelling from Panipat to Delhi when their Swift Dzire met with an accident.

Four of the car's occupants died, while Yadav and another powerlifter were seriously injured.

They were rushed to Delhi's Shalimar Bagh Max Hospital.

Yadav was later shifted to AIIMS.

Police said the accident took place at 4 am close to the Delhi border.

Police said the car hit a divider and then crashed into an electricity pole. News reports said the intensity of the crash caused the car's roof to blown off.

Early-morning conditions in north India have been foggy recently.

Yadav had won a gold medal at the Moscow World Championship last year.