4 powerlifters die in road accident due to fog in Delhi 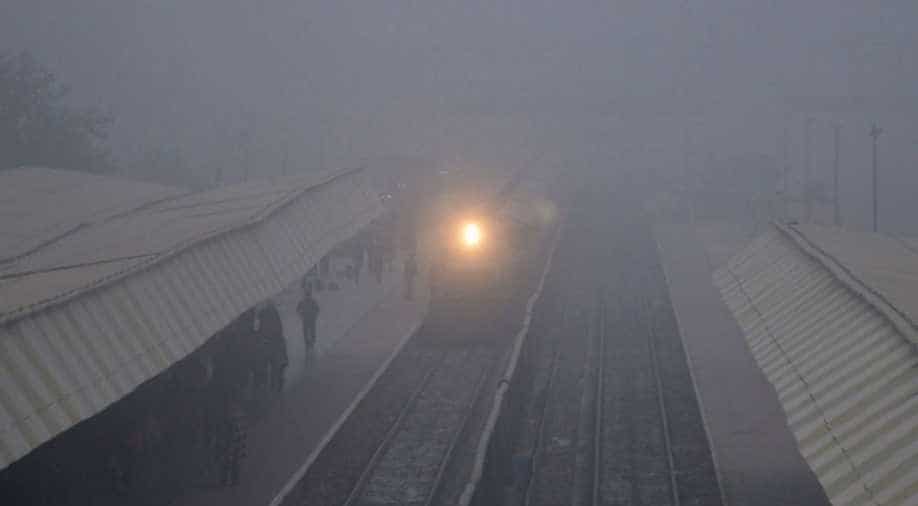 Train services were also affected as over 128 trains got cancelled with 36 trains running late and nine trains got rescheduled. Photograph:( Zee News Network )

Four powerlifting players from Delhi were killed when the car they were travelling in hit a road divider and crashed into a pole on the Delhi-Chandigarh highway today morning. Two other players who were in the car, including a world champion who bagged the title for India in Moscow last year, were injured.

The accident took place at 4 am near Alipur village, close to the Sindhu border between Delhi and Haryana. The six athletes were going from Delhi to Panipat in a Swift Dezire compact sedan, carrying their powerlifting kits.

Delhi: Four powerlifting players killed & two injured in a road accident due to fog conditions at Sindhu border in #Delhi ;Visuals from the spot pic.twitter.com/6Tam7H1UXm

Residents woke up to a thick layer of fog on Sunday with low visibility disrupting transport services across Delhi-NCR.

Fog continues to blanket Delhi #Visuals from near AIIMS pic.twitter.com/E8QWZXxzTC

Flight operations were affected with numerous flights getting delayed and cancelled due to low visibility at the runway.

Train services were also in a state of paralysis with over 128 trains cancelled, 36 trains running behind schedule and nearly nine trains rescheduled.

Delhi experienced its most chilli days of this winter from the beginning of the year.

According to reports, Delhi's coldest was recorded day at 5-degree Celsius on January 4.