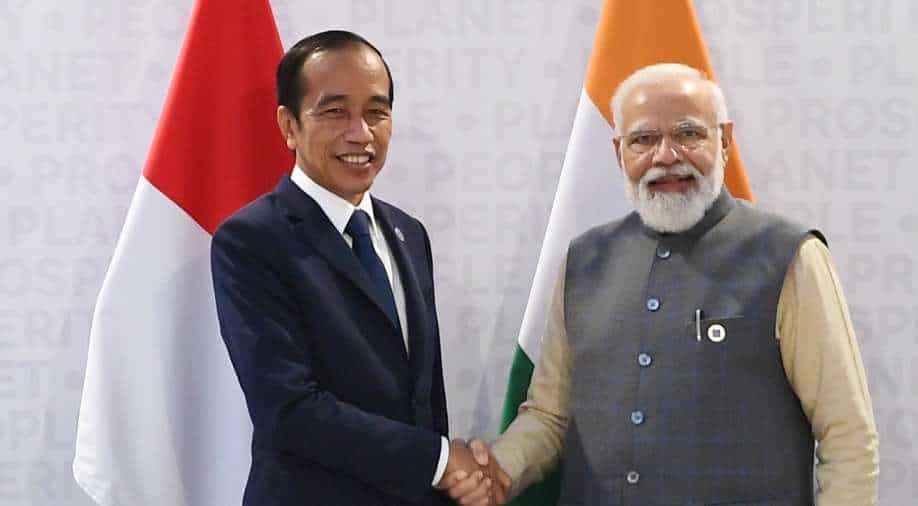 Prime Minister Narendra Modi on Sunday exchanged views with Indonesian President Joko Widodo on the bilateral comprehensive strategic partnership, trade, economy and people-to-people ties, as they met on the sidelines of the G20 Summit.

PM Modi also congratulated Indonesia for its G20 Presidency next year and assured India's support as part of Troika (preceding, current, and incoming G20 Presidencies), the Ministry of External Affairs said in a tweet.

"Glad to have met President @jokowi earlier today. Discussed existing areas of India-Indonesia cooperation and new spheres where our countries can work together for the benefit of our citizens and the entire planet," Prime Minister Modi said in a tweet.

"Strong relations with Indonesia is a key part of India's ‘Act East' policy and ‘SAGAR' vision. Ways to improve economic linkages and cultural cooperation figured prominently during the talks," the PMO India said in a tweet.

SAGAR is an acronym for "Security and Growth for all in the Region" in 2015. This vision focuses on cooperative measures for sustainable use of the oceans, and provides a framework for a safe, secure, and stable maritime domain in the region.

Indonesia is an important country of the ASEAN (Association of Southeast Asian Nations).

Defence and security cooperation between India and Indonesia has been on an upward trajectory in the last few years, particularly in the maritime domain.