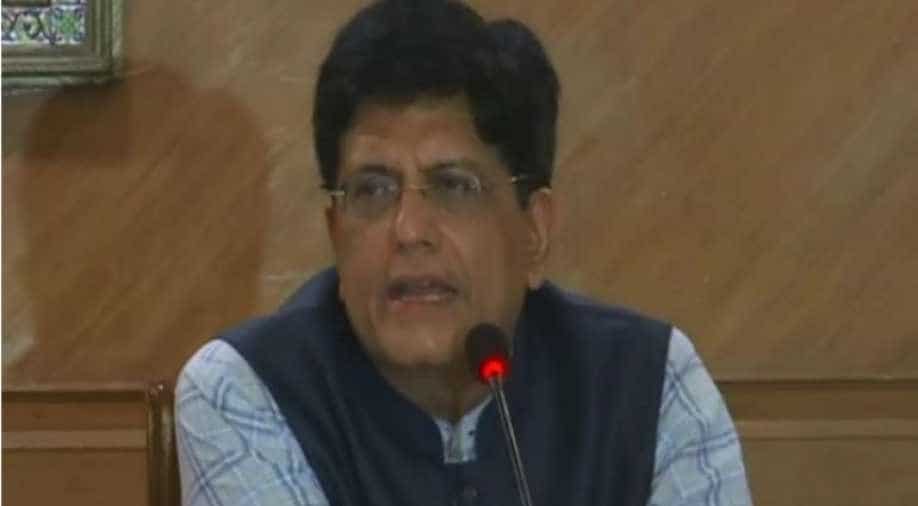 After India jumped 14 positions to be ranked 63rd in the World Bank's ease of doing business, Union Minister Piyush Goyal on Thursday congratulated Prime Minister Narendra Modi for the "path-breaking improvements" in the country's business environment.

India has jumped from 77th to 63rd rank in the Ease of Doing Business Rankings released just now by the World Bank.

According to the report issued by World Bank on Thursday, India appeared among the top 10 improvers for the third time in a row. The Bank lauded New Delhi for a "remarkable reform effort".

"In economies on the list of 10 top improvers, leaders of India and China adopted the Doing Business indicators as a core component of their reform strategies," said the World Bank.

In India, the report said, the importing and exporting also became easier for companies with the creation of a single electronic platform for trade stakeholders, upgrades to port infrastructure and improvements to electronic submission of documents.