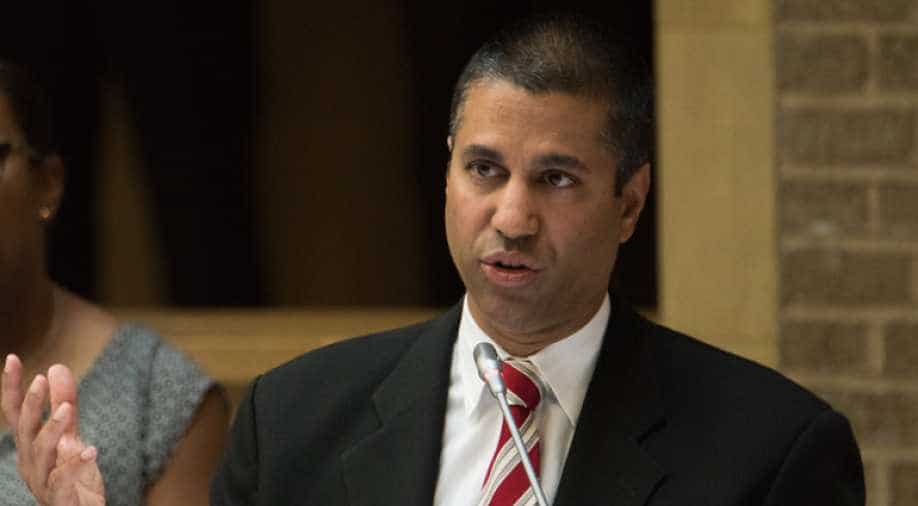 US telecom regulator FCC Chairman Ajit Pai said Thursday there is a need for greater transparency around operations of online platforms while clarifying that the issue does not fall under his organisation.

"I do think that there might be a conversation about what types of regulations to these platforms. For example, what kind of algorithms are they using to determine what content is seen and what content is not seen when somebody does a Google search, how Facebook feed is defined, when Twitter decides what accounts to suspend? what are the rules behind that."

"The need for transparency that will allow consumers to make better decisions is something that will serve everybody well," Pai told reporters at the India Mobile Congress.

He, however, refrained from commenting on fake information that float through social media platforms as their regulation do not come under his jurisdiction and added that it is difficult for government to define which view is a lie.

Pai said that the US Congress is evaluating right now, where there is a very robust conversation about what types of privacy and data security protections should be embedded in the law.

"I would expect our elected officials over the next several months to continue that conversation. There seems to be a bipartisan agreement between

Republicans and Democrats, and agreement in both houses of Congress that this is an issue that requires legislative attention... This is the topic of hot interest in our legislature," he said.

The FCC which looks after defence of US Communications infrastructure is working on regulation to check spend of funds on companies that are identified as national security threat.

"We have pending rules on integrity of supply chain. One of the proposals we advanced was should we think in the context of federal subsidies distributed to the careers , whether restrict that funding from spent on companies or sectors that have determined by intelligence community or congress a national security threat," Pai said.

He said that this is a ongoing proceeding and yet to be finalised.

When asked about reports that suggest that US has plans to ban chinese telecom gear firms, Pai said that the proposed regulation does not single out any specific company.

"Our proposal is to not single out any particular company but to the extent that the intelligence community or the Congress make determines that any company is a potential security risk. We haven't taken a view on any of the companies but whatever the quantum of risk is, should we prohibit funding from going into those companies," Pai said.