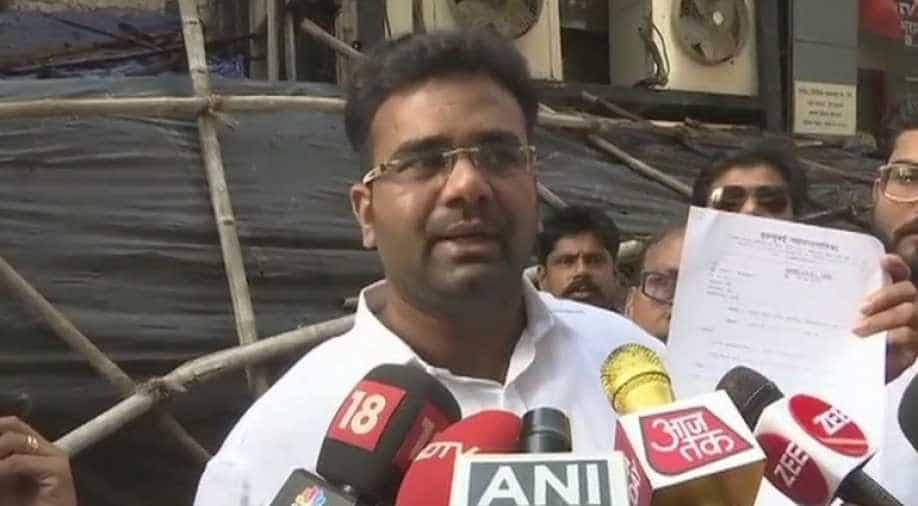 'I made several complaints regarding illegal structures in ?Kamala Mills' premises, but the BMC replied that there is nothing wrong here,' Kalaskar said. Photograph:( ANI )

An activist has said he had warned the BMC -- the Mumbai civic body -- about illegal structures in the Kamala Mills premises but that the Brihanmumbai Municipal Corporation replied there is "nothing wrong here".

"I made several complaints regarding illegal structures in  Kamala Mills' premises, but the BMC replied that there is nothing wrong here," Mangesh Kalaskar said Friday. Kalaksar is also with the Maharashtra Navnirman Sena.

A fire broke out early Friday morning at the 1 Above restaurant at the Kamala Mills complex.

Fourteen people died in the fire, 11 of them women

The fire is thought to have been caused by a short circuit.

An eyewitness said the entire area was engulfed in flames soon after the fire started.

News reports said there were no fire extinguishers inside the restaurant. There were also no emergency exits.

The reports added that the restaurant's roof was made of dry bamboo which only helped the fire spread faster.

Shiv Sena MP Arvind Sawant demanded, in the Lok Sabha, a judicial inquiry into the fire.

BMC officials are responsible for the murder of people in #KamalaMills fire, second such incident in two weeks, when will the BMC wake up?: Kirit Somaiya,BJP Mumbai MP pic.twitter.com/4t73av8nO8

Maharashtra Chief Minister Devendra Fadnavis said he had ordered the BMC to carry out an "in-depth inquiry" and take strong action against the officials responsible.

"Inquiry has been ordered,a report will be sought to see who is responsible and action will be taken," BMC Mayor Vishvanath Mahadeshwar said.